Not Applicable is the in-progress movie adaptation of the series of the same name.

Napoleon Eldridge, a teenager living on the streets, has his life changed after a fateful encounter with a strange being leaves him with one of the most powerful machines ever created. With enemies hunting him down on all fronts, he must learn to use the device to stand even a slim chance at surviving and discovering the truth behind an ancient tragedy.

This movie has been provided with a Soundtrack to help enhance the reading experience if you wish to use it. Each Act will have its own track selection box, which can be found in the bottom right corner of your screen. Expanding the box will display the tracks, with each one being assigned a specific number.

These numbers correspond to large orange numbers found in various parts of the movie, each one notifying the reader when a specific track should be played. The music will still play even if the box is closed, so feel free to collapse it while reading if you want. 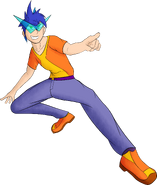 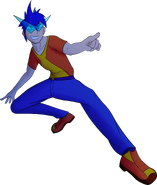 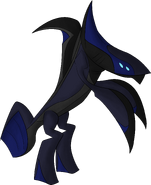 Zelusassin Movie Design
Add an image to this gallery

Retrieved from "https://ben10fanfiction.fandom.com/wiki/Not_Applicable_(Movie)?oldid=806860"
Community content is available under CC-BY-SA unless otherwise noted.