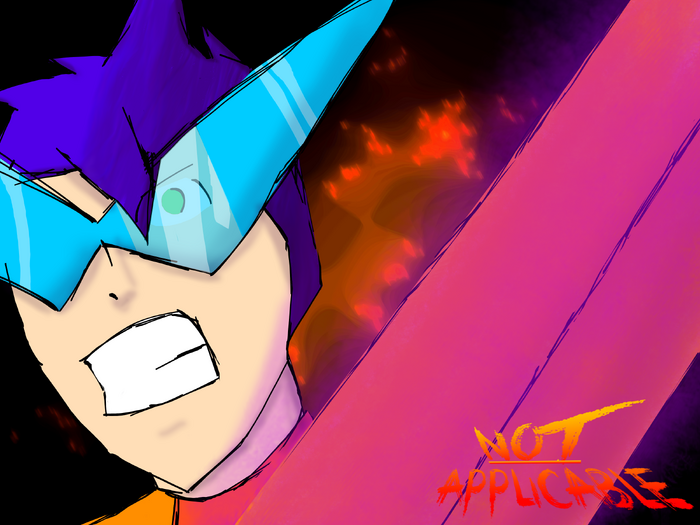 Not Applicable is a series that follows the adventures of runaway teen Napoleon Eldridge and Herculian the mercenary as they stick their noses into the business of every evildoer possible, much to the delight of Napoleon, and much to the chagrin of Herculian.

It all begins when Napoleon finds Swarm 1, a powerful nanobot swarm that has the ability to do just about anything, in a jar in some random alleyway. Herculian soon arrives, having been hired by an anonymous contractor to return the swarm in a working condition. Unfortunately, the Unit Control Nanobot has fused itself with Napoleon's brain, making it impossible to remove.

This gives one of the most egomaniacal people on Earth power over perhaps the most powerful tool ever created. There is no way to remove the UCN without damaging it, so Herculian is stuck following Napoleon around until a solution pops up.

This can only end in tears, people.

NOTE: This series uses Panglar's Theorem. Any questions or comments on the series' inter-universal structure shoud be directed there.

Start a Discussion Discussions about Not Applicable