MindMatter is the Omnitrix's DNA sample of a Sentient Chemicoal from Chemicon X. He is a free use alien.

MindMatter looks like an assortment of floating crystals, some of which resemble and act like arms. The Omnitrix symbol is on a crystal in the middle of the construct, this crystal seems to act like a head.

MindMatter has a variety of possible colour schemes, based on which race from its species it came from.

MindMatter's primary ability is his Telekinesis, which allows him to manipulate matter with his mind. This is also how he remains floating, and also grants him limited flight ability. However, remaining more than a few feet off the ground is straining on him.

Being made of crystals, MindMatter is highly durable. It is also hard to hit him due to the fact that he does not have a single solid mass.

If his Telekinesis is ever somehow nullified, he will collapse into rubble.

MindMatter can be rendered powerless by creatures with greater matter manipulating abilities than he has, like Galileans.

MindMatter appears in Ben 10: Ghostly Future. In Chapter 2: Final Destination, he is transformed into while the Omnitrix is malfunctioning, and attacks Ultimate Rath, eventually making him destrasform. He then flees from Diamondhead and uses his telekinesis to levitate a volatile Sentient Chemicoal crystal and a plumber's badge, making Diamondhead think it's him, making the crystal explode.

MindMatter appears in Falling Through the Wormhole, a crossover episode between Ryder 10: Wanderer and Curtis 10: Ultimate Alien. It was used by Curtis. In this episode, he can also reflect lasers and has aging immunity.

MindMatter is a free use alien, feel free to use him in your own series

MindMatter's name is derived from the idiom "Mind over matter".

By Ren and CaT 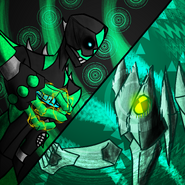 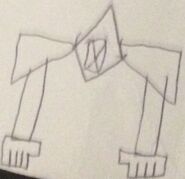 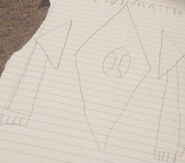 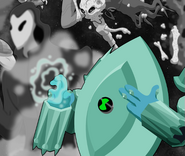 As done by Ren in the 2016 Featured Alien Picture

In Kai 20: Aliens In Danger

In Ben 10: The New Omniverse