Methanosian is a race from the planet Methanos. They are both pyrokinetic and chlorokinetic. Swampfire is of this race. Methanos is described as a swamp planet that has an atmosphere that is toxic to most life forms. Methanos also has large underground deposits of methane gas that sometimes escape and create geysers of flame that to jumps up to twenty feet into the air. Methanosians are descended from carnivorous swamp plants, but at some point in their evolution Methanosians evolved, into herbivores. Breaking down rotting plant matter in their pitcher plant-like stomachs to produce the flammable gas methane, which they used for their fire attacks. They can control plants.

Methanosians are a humanoid plant-like alien species with a green and black colored body with root-like feet, seemingly holding rocks. Also, their shoulders and head have red and yellow petals. Methanosians can either have four or five fingers.

Methanosians are taller than an average human and have a distinct rotten stench that worsens with heat.

A Methanosian's voice is very stuffy and nasally because they do not have noses.

So far, only males have been seen. It is unknown what females look like.

Before they hit puberty, they have black faces and their petals and facial structure are different. But at some point in life, they slowly blossom in their mature form, as shown in Charmed, I'm Sure with Swampfire. 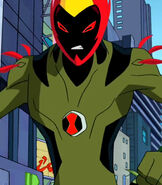 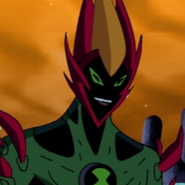 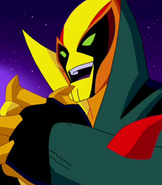 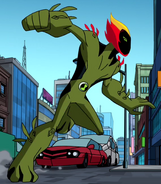 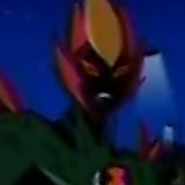 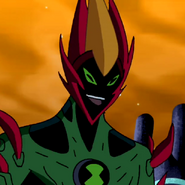 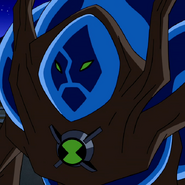 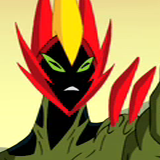 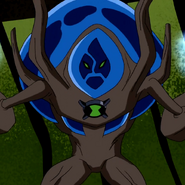 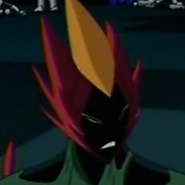 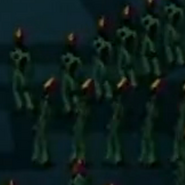 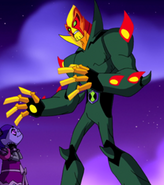 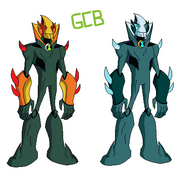 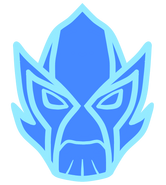 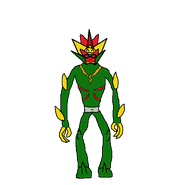