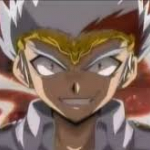 aka Dragon Emperor of BTFF

Welcome to my message wall. You can stick anything you want here. There are a few exceptions:-

And a few messages I can notice.