The Lepidopterrans are an insectoid species with four insect-like flat legs and two arms whose hands have three clawed fingers. They have four pedunculated eyes that are quite small, but grow larger and gain pupils with age. These eyes are linked directly to the sides of their head. Their wings are very fragile with lines on them.

Infant Lepidopterrans have large eyes with pupils and have much smaller wings.

They look like an insect larva with human head and hair but with Lepidopterran teeth.

The Lepidopterran/Worm hybrids are similar to normal worms, but green and have a Lepidopterran tail and head, but with five eyes instead of four.

Lepidopterrans spend most of their lives harvesting the giant plants on Lepidopterra.

Lepidopterrans can excrete high pressured streams of liquid from the pollen ducts located inside of their eyestalks and mouth. These liquids can be both a flammable toxin or an immobilizing adhesive, instinctively choosing what type of slime it can be.

A Lepidopterran's slime has properties akin to fire extinguishers, meaning that it is capable of putting out fires.

Lepidopterrans are able to suck up their slime from their mouth to pull themselves upwards.

Lepidopterrans are accompanied by a natural odor-like stink that comes from the oils they secrete to keep their exoskeleton joints moving.

A Lepidopterran's black tail is extremely sharp with a stinger-like end that can tear and rend through steel almost effortlessly.

A Lepidopterran's exoskeletal body is fairly strong, allowing them to survive unscathed while being smashed through buildings and being caught inside a large explosion.

Lepidopterrans possess enhanced dexterity, being able to operate a cell phone with his three-fingered hands.

Lepidopterrans have great strength in proportion to their body, being able to carry heavy loads while maintaining steady flight. For example, Stinkfly could even still fly while Vilgax was hanging on his tail end, barely being weighed down by the latter's immense size and weight.

Lepidopterrans' claws and sharp-pointed legs allow them to cling onto solid surfaces.

Toddler Lepidopterrans are able to emit a powerful herbicide via flatulation, which is capable of killing plant-like creatures.

A more minor inconvenience is a Lepidopterran's odor, which can be a problem if they are trying to hide from anything or anyone that can smell.

Although their exoskeleton body is fairly strong, Lepidopterran wings are very fragile. Water is especially a problem for Lepidopterrans, as it can render them incapable of flight if too much gets on their wings. Furthermore, they cannot swim very well due to the small surface area of their limbs.

A Lepidopterran can be tied in place by their tail.

Lepidopterrans are vulnerable against electricity, as shown when Stinkfly was shocked trying to attack Phil as Terroranchula. 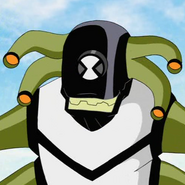 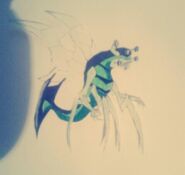 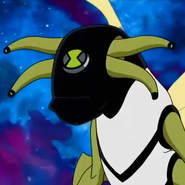 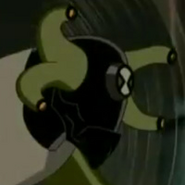 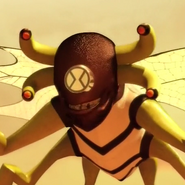 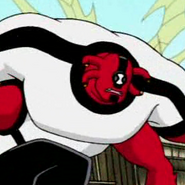 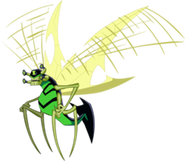 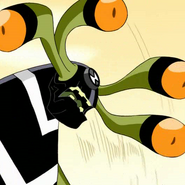 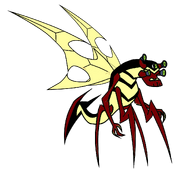 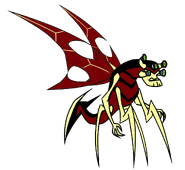 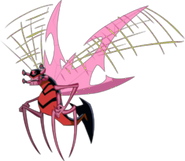 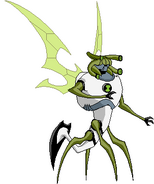 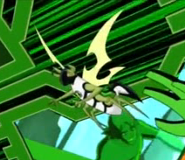 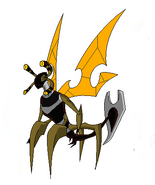 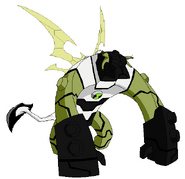