Ky Strike is a Human from Earth. He later becomes Dark Falcon. He has a pet Werewolf

Look at the pic

He has the Weaknesse of his iner him. It always tells him not to do thing that he wants and in the same time doesn't want. Also he falls for Girls fast

Alien of the Week

He falls for a lot of Girls, but They are Unknown For now 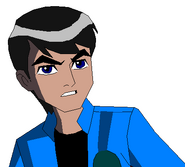 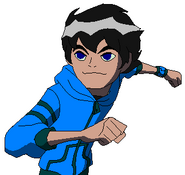 Ky in Omniverse, by Sync

Ky in Omniverse, by Sync, Again
Add an image to this gallery

Retrieved from "https://ben10fanfiction.fandom.com/wiki/Ky_Strike?oldid=881117"
Community content is available under CC-BY-SA unless otherwise noted.