Kugelblitz is an alien created by CaT that is free for anyone to use.

He has appeared in Tech 10: Star Spirit and the now-defunct Mack 10, and was expected to appear in Charles 10.

His evolved form is Ultimate Kugelblitz.

Kugelblitz is a tall, humanoid alien with a yellow color scheme and an orange uniform. His head is constantly spewing flames, and the Omnitrix symbol is on his belt. In his Fired Up form, his color scheme switches to a range of blues.

In Tech 10: Star Spirit, his eyes are sky blue, with the symbol of an unknown Omnitrix in the place of the normal Omnitrix's.

In Mack 10, his uniform and eye color switches to a darker blue, with the Matrix symbol in place of the Omnitrix's.

In Charles 10, his uniform is a dull red, his eyes are bright gold, and the Polytrix symbol replaces the Omnitrix. He speaks with an Australian accent, and has some Australian mannerisms.

In Clem 10, His uniform is Blackish gray and white,and his eyes are pure yellow,The Metatrix symbol replaces the Omnitrix symbol on the belt, and His Fired Up form are all different shades of blue except his headset, which stays black 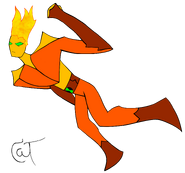 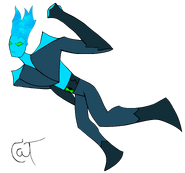 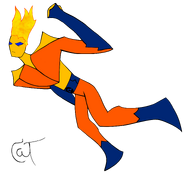 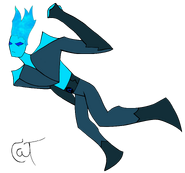 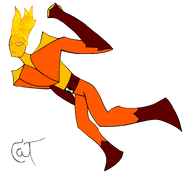 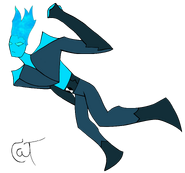 Kugelblitz must constantly maintain a high body temperature, so he is prone to hypothermia in cold conditions.

Kugelblitz's Healing Fire relies on the target's own natural healing ability, and as such, their own built-up supply of energy. If he tries to heal too much damage at once, he may end up severely weakening or even killing the target.

Kugelblitz's Fired Up form relies on the energy already stored in his own body, and will burn him out much faster than usual.

In Tech 10: Star Spirit, when the StarTrix Requiem begins to overheat, the user has the option of either letting the device shut down or redirecting the overflow power to the transformation currently being used. Choosing the latter will flood the transformation's body with energy from the Star Connection Drive, turning them into their STAR form.

Kugelblitz's STAR form wears a white/charcoal outfit with a golden star on his chestplate. White fire streams from his head, and the StarTrix Requiem symbol is a golden yellow. He has enough firepower in this form to create the equivalent of a miniature sun in his base mode. It is currently unknown how much energy he could create if he assumed his 'Fired Up' mode in STAR form.

If you use Kugelblitz in your series, please remember to note his appearance here.

Retrieved from "https://ben10fanfiction.fandom.com/wiki/Kugelblitz?oldid=888896"
Community content is available under CC-BY-SA unless otherwise noted.