Jury Rigg is the Infinity's DNA sample of an Planchaküle species from Aul-Turrhen in Bryce Bowman: Origins.

Jury Rigg is a small, red, devil-like alien who bears a close resemblance to a Gremlin/imp. He is very small, only about a foot tall.

He has bright yellow eyes that light up when he's breaking things and slightly less when he's fixing. This is because he enjoys breaking more.

The Infinity appears on his stomach.

Bryce's fingernails sharpen into claws while the Infinity glows. He smiles devilishly, while both his teeth and the tips of his ears sharpen and his eyes transform into Jury Rigg's. He jumps, spins and lands in a super-hero stance. Jury Rigg poses with his arms bent, aimed forward, and claws extended.

In Friend of My Enemy, Jury Rigg bit Amsol's neck in order to subdue him, but failed and was defeated when Amsol threw him down.

Jury Rigg has the ability to completely disassemble any kind of machinery in mere seconds, fitting to his Gremlin appearance. Despite it being harder for him to do due to his craving to destroy things, Jury Rigg can also construct complex machinery from scratch at a similar rate.

Jury Rigg has a form of enhanced strength for his size, able to break a metal car brake in half. He has shown to be strong enough to break apart metal bars that even an Appoplexian could not break.

Jury Rigg has a degree of enhanced agility.

As in accordance with his break it/fix it attributes, Jury Rigg also boasts an impressive intellect, describing himself as "smart and stubborn".

Being small makes Jury Rigg unsuitable for hand-to-hand combat against larger opponents, unless they happen to be machines. In which case, he can dismantle them in seconds.

Jury Rigg has a near uncontrollable habit of breaking machinery and assembling machines.

Like his name, most of the devices Jury Rigg creates are basically on-the-fly or 'jury-rigged.' They are not normally meant to last, and will eventually fail.

Jury Rigg's creations can be unstable and hard to control, much like Jury Rigg himself.

It was shown in Frankenstein's Experiment that using Jury Rigg gives Bryce a headache and that he is "hard to get used to."—Bryce 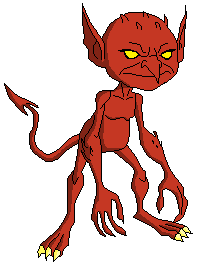 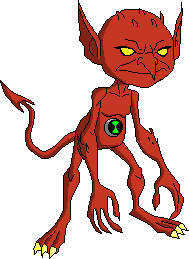