Jetray is the Infinity's DNA sample of an Aerophibian from the planet Aeropela in Bryce Bowman: Origins.

Jetray is a red, humanoid, manta ray like alien with two black lightning bolt-like stripes coming down from his shoulders to his chest.

He is about Bryce's regular height, excluding his horns.

Jetray has yellow horns extending from his nose, gills underneath his arms and yellow patagia which he uses to fly and glide through water.

Bryce's finger morph, becoming two fingers and a long thumb. He sprouts a tail that is attached to webbing under his arms. His face shifts, becoming Jetray's while his eyes turn green. Jetray poses in a flying stance as green light overtakes the scene.

In Secrets: Part 2, Jetray was unlocked by Azmuth.

In Where the Magic Happens (BBO), Bryce used Jetray to fight Hex, but would have been unsuccessful without Marissa's help.

In Time Trouble, Jetray failed to defeat the Time Monster.

In Monster of the Earth, Jetray flies over the cemetery in search of Nemevoc, but is ambushed by Gaia's rock monsters.

In Nemesis Returns, Bryce used Jetray to travel from his home to the scene of a destroyed Forever Knight castle. He later used Jetray again to defeat Nemevoc as Ultimate Humungousaur (Earth-90), and Nemevoc would use Jetray to escape captivity by The Agency.

In Change of Plans, Jetray was used to travel quickly to fight Hex.

In Sarcophagus, Jetray was used to rescue Tex and Washington from some Rebels, and take them to the Pelican.

In Nemesis' Revenge, Nemevoc used Jetray to fly himself to the Mother of Invention.

Jetray can fly at supersonic speeds.

Jetray maneuvers through the air with little to no flapping and accelerates to speeds greater than light with ease. Jetray is even capable of maneuvering through space, a task which no amount of flapping would allow.

Jetray's flight speed even allows him to go into hyperspace, which means he can travel across interstellar distances in moments.

It would appear that Jetray has an additional key to flight beyond his wings. In proportion to his size, he has a very short wingspan, although his weight is unknown.

Jetray can shoot neuroshock blasts from his eyes and his tail.

Jetray is durable enough to withstand gunfire from a fighter jet, though it does cause him great discomfort.

Jetray has some degree of enhanced strength. 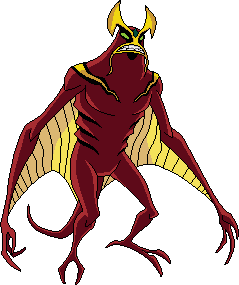 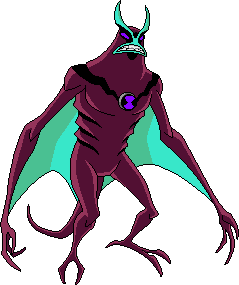 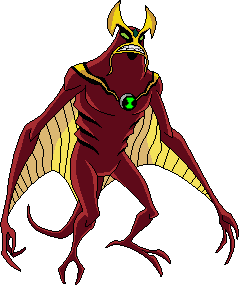