The Illumitrix is a machine in Plethora Stella that is used by Stella to transform into different aliens.

Not much is known about the Illumitrix at the moment. All that is known is that it was created by the Galvans. Some say it's a weapon. Some say it's used to walk in others' shoes. For Stella, it's both, and she treats them as such. Due to it's features, it was known that it had to be decided via selection. Thus, the Trials.

The prototype's first form is more weighty. It is thick, it covers the entire wrist, gray with pink tubes, and a huge dial on top. It is in rose colors. The second form is more watch-like, with a thin strap and the dial.

The Official Illumitrix as of the end of season 2 of PSE, is more flat. It's dial is located under the protective flap on top. When initiated, it starts up a pinkish-red hologram with five alien faces at a time. It will scroll across for more choices by motion of the user's fingers.

Being a form of the Omnitrix, the Illumitrix is a device used to alter one's DNA and transform them into a different life form via a sample from the Photon Stream. It comes in two flavors: Prototype and Official. The prototype is what Stella receives after the Trials and the Official is given after returning the Ultillumitrix at the end of End of Another Era.

There are five modes: 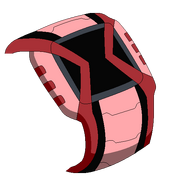 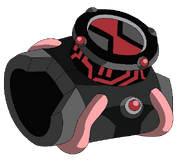 Retrieved from "https://ben10fanfiction.fandom.com/wiki/Illumitrix?oldid=822405"
Community content is available under CC-BY-SA unless otherwise noted.