The Highbreed (formerly known as Atasians) are a powerful and intelligent race from Augstaka. There are main antagonists of Seasons 1 and 2 of Ben 10: Alien Force.

The Highbreed were originally a white humanoid plant-like species with black hands and feet, a purple face with red eyes, along with eyes on their chest. They usually had four eyes on their face (though some had only three), and the placement of the eyes would sometimes differ.

After the genetic repair, Highbreed now come in many colors.

They live on Augstaka, which they thought to be the center of the universe. It looks inviting but no alien species are allow to set foot there.

They are rascists who planned to purify the universe of lesser species. To achieve this, they sent advance forces of Highbreed and Xenocytes (parasitic facehugger-like aliens that possess the native species (DNAliens). These advance forces built massive teleporter gates in secret, through which the main Highbreed armada arrives and destroys the natives. The Atasians call themselves the Highbreed, because they despise every other sapient species and believing that they are above them. They also believe they are the first species ever to come into existence, but that is not be true because there are races that are old as the universe itself. The Atasians believe that their DNA is the purest of all alien species which in theoretically is seeing as they have maintained their blood purity for so long it has lead to much inbreeding.

The true goal was because the Highbreed were dying so they didn't want to die out alone. So Ben used the DNA to construct the DNA of all Highbreed with the DNA of the aliens in the Omnitrix, still unable to believe that their DNA is not "pure" anymore. Reinrassic III then appears and convinces them that Ben helped them live again. The council then elects Reinrassic III as the new Highbreed Supreme. Afterwards, he declares that the war is over.

Highbreeds have super-strength even in match with Humongousaur. They have wing-like structure which allows them to fly or glide and they can shoot darts from their fingers.

They have difficulty surviving in warm temperatures, they would dehydrate. It is also said that before their DNA was rewritten, they are prone to diseases and on a verge of becoming extinct. 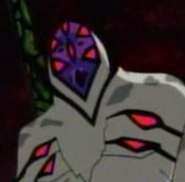 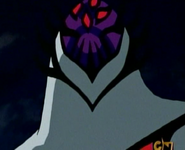 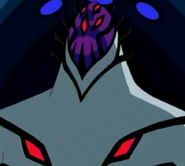 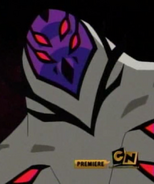 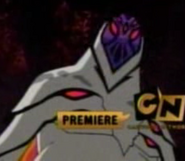 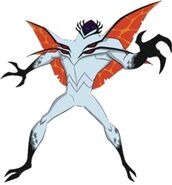 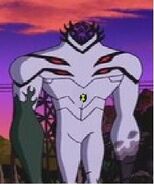 Add an image to this gallery
Retrieved from "https://ben10fanfiction.fandom.com/wiki/Highbreed?oldid=919076"
Community content is available under CC-BY-SA unless otherwise noted.