Start a Wiki
Handra is Omnitrix's DNA sample of a Handrasapien from an unknown planet.

His body has 4 fingers and a thumb, with an eye in the middle and legs. He is colored gold, while wearing white and green underwear as his clothes.

Handra has Omnipotence, but this isn't seen in the crossover. He also has powerful electrical powers, enough to defeat Graon.

He's powerful, but if he's too powerful for the user, that could be bad news for the universe. 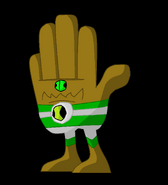 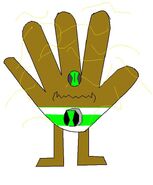 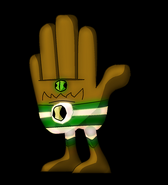 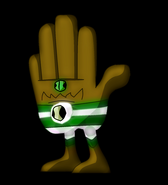 Credit to Reo
Add an image to this gallery
Retrieved from "https://ben10fanfiction.fandom.com/wiki/Handra?oldid=810942"
Community content is available under CC-BY-SA unless otherwise noted.