Gutrot is the Infinity's DNA sample of a Jazeas from the planet Kem'ichol in Bryce Bowman: Origins.

Gutrot has the appearance of a mechanical humanoid in a black outfit, with the exception of his head and shoulders being a bluish-purple color.

He has a belt with a window on his stomach so that the gas he uses can be seen.

Gutrot wears a gas mask over his mouth, indicating that his species is not immune to the gases he emits.

The Infinity appears as his gas mask

Bryce lowers his arm with an open palm while the Infinity glows on the other side. He close his fist slightly, as a purple substance manifests in his veins and beings creeping up his arm. The purple crawls into his face moving through his clenched eyes. Then they open, light blue and sharp as diamonds as his whole head, now totally purple, is surrounded by a dark green fog. The fog dissipates when Gutrot's gloved hand rises rapidly and clenches into a fist. He spins around, then Gutrot poses with his arms flexed down by his side.

Gutrot's innards contain various gaseous elements, making him a walking chemical laboratory. Gutrot has the ability to make compounds of almost any type and expel them as gas from the various nozzles on his body for both offense and defense.

Such gases include the following:

The strength of these gases depends on the amount expelled and their chemical makeup.

Gutrot also has a very advanced knowledge of chemistry as well as the effects the gases would do to someone; this knowledge seems to be innate since Bryce as Gutrot did not need to think about which compound to use directly after transforming, indicating that like when he turns into Grey Matter, he may not fully understand what he is doing from his personal view. Furthermore, he also seems very intelligent in general. Gutrot's use of pheromone gas also demonstrates some degree of biological knowledge, given that he understood a species enough to create a gas that specifically targeted it.

When Gutrot uses his gas, it makes a large cloud, which is susceptible to prevailing winds. This can endanger innocent bystanders.

Some of Gutrot's gases are flammable, so he must be careful in situations that might ignite them.

Opponents who are effectively shielded are immune to Gutrot's gases, mainly through the use of a gas mask or insulation.

Although it has not been shown, Gutrot is not immune to his own gasses, so removing his gas mask would make him vulnerable. It is also is a very open spot, so a strong opponent could potentially rip it off. 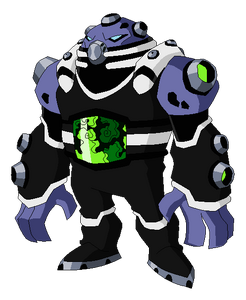 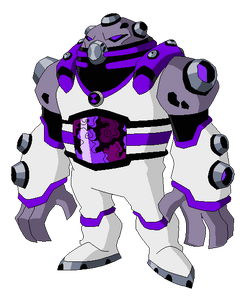 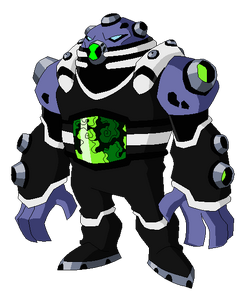