Golden Divide is an alien from Tech 10: Star Spirit.

Golden Divide is a 6-foot humanoid alien wearing a suit of golden armor. He has two horseshoe-shaped eyes, a rebreather mouthpiece that connects to an 'intake' on his left shoulder blade, and a pack of some sort on his back. His right shoulder is covered by a curved shoulderpad, and he wears a belt with the Intergalactic Peace Symbol on it. The StarTrix Requiem symbol is on his belt.

Though stronger, faster, and more agile than a human, he's still heavily outclassed in those areas by many other transformations. 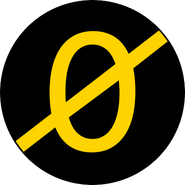 Symbol
Add an image to this gallery

Retrieved from "https://ben10fanfiction.fandom.com/wiki/Golden_Divide?oldid=867627"
Community content is available under CC-BY-SA unless otherwise noted.