In Heroes United, Gimlinopitheci had white, black, and blue fur. They had bolts on the back of their hands, and on their jaws. They had pink ape faces.

In Omniverse, they have yellow and black fur, along with grey fingers and toes. They have 4 fingers. They also have two bolts on the side of their wrist and yellow horns.

Similar to Cerebrocrustaceans, they have the ability to release strong, yellow electrical charges from their hands and mouth, the latter seeming to make the bolts more powerful, capable of electrocuting a creature much larger than them. They also have enhanced strength.

Gimlinopithecuses can't use their electricity when they are encased in insolation. Water short circuits them. 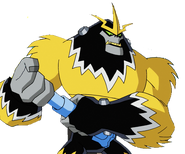 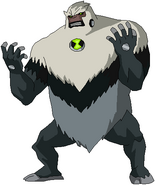 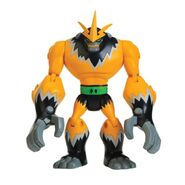 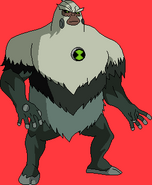 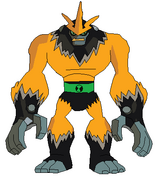