Earth was a normal peaceful planet, until the Highbreeds Invasion. Countries have been destroyed and millions of people died, but right when the last hope of humanity was fading an alien organisation known as the Plumbers joined the war and saved the planet Earth, and then, the next "Golden Age" of humanity started. New technology and genetic engineering were found. Humans started living in peace with the aliens. Until now, 20 years later, the Highbreeds invaded the planet again, and now it's all up to a squad of enhanced humans to save the Earth and the Galaxy from destruction.

Put you signature here if you are a fan of the show. 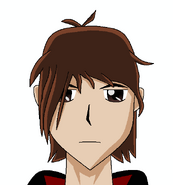 The first prototype of Alex's face

A prototype of Shadow's full body 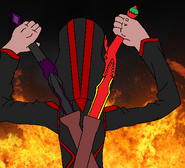 First prototype of BlueLightning (GreenLightning)
Add an image to this gallery