Galvanic Mechamorphs are an alien species created by the Galvans from Galvan Prime's moon, Galvan B.

Galvanic Mechamorphs are black with white/green robot-like lines on them. They have one central "eye" on their head, which sometimes glows when speaking.

Galvanic Mechamorphs can shoot a powerful laser from their eye. They can also merge with technology, when young, they only can use it as a body, when they get older, they "upgrade" it to super-advanced technology. Galvanic Mechamorphs are "pre-programmed" with the blueprints of mechanical devices from across the universe.

Galvanic Mechamorphs can also shapeshift into technology they have once touched on their own.

While Galvanic Mechamorphs are masters of the mechanical, their merging powers are useless on full organic creatures with only few exceptions with those intergrated with technology.

Being highly sensitive, finely tuned beings, electromagnetic pulses, acid or any other sort of corrosive can upset their delicate chemistry and wreak havoc on a Galvanic Mechamorph's systems.

In Ryder 10, Galvanic Mechamoprhs can be effected by Argit's quills.

In Ben Ten: Enter the Ultimatrix, they often do not know what a machine does, so they are not very good at upgrading it. This also applies in all Greenwatchandabluebox's series, but No. 11 has downloaded the use of all machines that the Plumbers ever encountered, which he calls "reading without having to find the book", eliminating this weakness.

The Galvanic Mechamorphs were brought to life compleatly by accident. Galvan B was originally an uninhabited moon orbiting Galvan Prime. Galvan scientists were mining the resource-rich world for its raw materials, but they accidently misused an experimental self-replicating nanotechnology, which bonded with Galvan B's minerals and imbued the fertile ground with sentient consciousness.

It didn’t take long before Galvanic Mechamorphs joined the galaxy community and met their creators. Galvans were surprised that their accident on Galvan B had resulted in a new species.

Another way, needing only one Galvanic Mechamorph, the parent just releases a bit of their body, which becomes the baby. The baby hasn't been known to inherite the parent's personaility this way.

Baby Galvanic Mechamorphs have been known to be kept as pets by other species.

In the episode Vilgax's Vengance, the really stupid king, King Gizmosus changed the species name to a silly and weird name called Mecha-Dawg. He likes Eunice, which winds Ben up and also Julie too. (Because of Ben and Eunice's loveship) He will appear in the tenth episode, I'll Stay Forever, Julie.

In the episode "Quake of 3000," Joe's KeyTrix takes a DNA sample of a Galvanic Mechamorph, but it is unconfirmed if the alien form will ever be unlocked or therefore used. However, in the episode "Interstellar Inquiry," it is mentioned the KeyTrix has a hidden feature that Joe intends to find out (but never does) that involves upgrading other species of aliens available from the KeyTrix with the DNA of a Galvanic Mechamorph, similar to the evolution feature on Ben Tennyson's Ultimatrix.

Also, in "Radiation Contamination," after Joe transforms into Super Nova, the KeyTrix symbol on his chest loses its regular green hourglass symbol and is replaced by small circuit designs of green and black patterns. It is then that Joe cannot control Super Nova's form, and is forced to transform back to human. It is unknown if the Galvanic Mechamorph DNA had malfunctioned Super Nova's form or not.

In Ben 10: Alien Universe, Upgrade appears in the series finale where he is unlocked thanks to a DNAlien who has gotten control of sanity and revealed that an ID mask should return the Omnitrix to him. While not evident, this version of Upgrade was purposely based on his Original Series appearance rather than a Baz-El like one which would be the appropriate look as confirmed with Upgrade's appearance in Ben 10-Generator Rex: Heroes United. In the first (titular) episode of Ben 10: Unleashed, Ben used Upgrade after getting an ID Mask. He later stole the Ultimatrix from Albedo. During the brief moment where Ben showed off many of his available new and old aliens, Upgrade was one of the aliens shown, signifying the return of Upgrade.

In Infernosphere, an episode in the Unleashed time period and the Shorts season of Back in Action, Upgrade makes a cameo in Part III, and Ben mentions having to use it after the episode ends as he goes offscreen.

In Limited, an alternate timeline Max Tennyson used Upgrade to try and stop the Thep Khufan Wars from advancing into the destruction of Earth. He and the rest of the 10 Squad failed.

In No Strings Attached, Ben uses Upgrade to merge with Julie when she doesn't bring Ship on a seemingly battle-free trip.

A main character, U-Tuba is a Mechamorph. He was created by rogue scientists who were trying to make a seconend Malware, but instead made a sarcastic Mechamorph. When the scientists discovered U-Tubba's personalaty, they attemted to kill him. Until Max saved him.

In Ben 10: Alien Games, the Galvanic Mechamorophs were being treated unfairly by the Galvan ever since Azmuth became their emperor. In rage, one Galvanic Mechamorph, under order by President Technos, stole the global teleportation device from Primus and brought it to Galvan B. Before the Galvan could stop them, the Mechamorphs teleported to the Lepidopterran system. 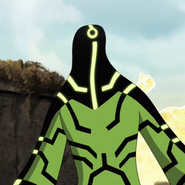 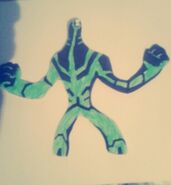 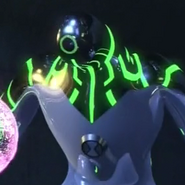 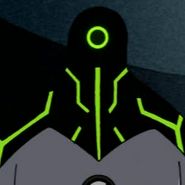 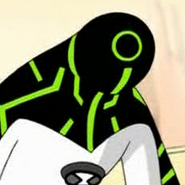