Start a Wiki
Fury is a unknown species from the a unknown planet in Stan 14 and Evan Billion: F.I.N.D. Adventure.

Fury is a Buck like creature. It has brown fur, and antlers. It has a tan underbelly, and it sports the Omnimatrix symbol on his chest. He has green eyes. He is five feet tall.

Fury can grow up to ten feet tall when he is angry. He has Superstrength and a slight degree of Superspeed.

Fury can be burned. His antlers are strong, but they can break. 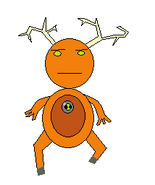 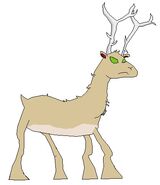 Fury by Fusion without hooves 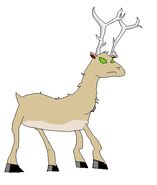 By Joe
Add an image to this gallery

Retrieved from "https://ben10fanfiction.fandom.com/wiki/Fury?oldid=865460"
Community content is available under CC-BY-SA unless otherwise noted.