Start a Wiki
Flex is an alien transformation in Brandon 10.

Flex takes a humanoid appearance, by default, with grey skin. His head is actually quite long and has a circular end on its top. Flex's head comes out sort of like a helmet over his actually face which is a darker variation of grey. On his stomach and lower area is a black stripe which moves upwards from his leggings and stops at his stomach or the area under his chest. His hands and lower section of his arms are black just like his legs and feet. The Ultimatrix symbol is on his chest.

Brandon spins around in DNA and curls up due to the changes. His skeleton then starts to get wiggly and then it droops downwards and plops onto the ground into a mush or a fleshy puddle however his skeleton then stretches upwards and spins around until it forms back into a humanoid shape which then leads to the flash. Within a flash, Brandon transformed into Flex.

Flex has the ability to stretch his limbs without limit and over great distances and heights. He can also shape himself into various forms including a ball or a wall. As seen in Across the Planes, Flex can become flattened or self-flatten himself into the second dimensional plane of existence which makes him appear as a stick figure-like entity in the third dimension.

Flex has no currently known weaknesses.

In Across the Planes, Brandon unlocked Flex through an alternative DNA scan and used Flex to defeat the Flat Ones.

In Greetings from Area 51, Flex hides from the shadow creature.

In Renegade, Flex stops a train from derailing and falling off from the overhead track. 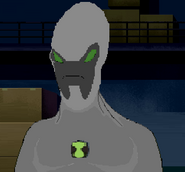 Flex in Across the Planes 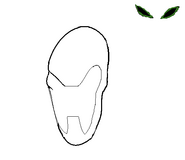 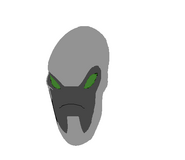 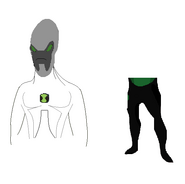 Flex Trading Card
Add an image to this gallery
Retrieved from "https://ben10fanfiction.fandom.com/wiki/Flex?oldid=884376"
Community content is available under CC-BY-SA unless otherwise noted.