The main poster of this series has won Featured Picture of October 2013 in a tie. 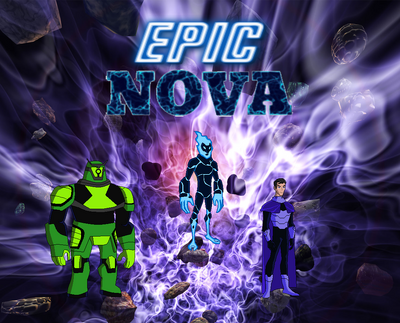 Epic Nova is a series by Ahmad that follows Nova of the Pyronite and his friends as he trains to become the most powerful Pyronite in the Universe and protect it from dangers as well. It is supposed to have one season, and it was created on 11/6/2012. This is the first series to include an Omnitrix wielder, that isn't the main character.

Nova of the Pyronite sets up for a trip across the universe to collect an Ancient Artifact called Pyrogen with help of his friends R.O.B. and Nick.