Edgelads is the fourth episode of the new Mack 10. It serves as a parody of the third BTFF series archetype.

[Pointless Narrator]: "Does this look familiar to you?" 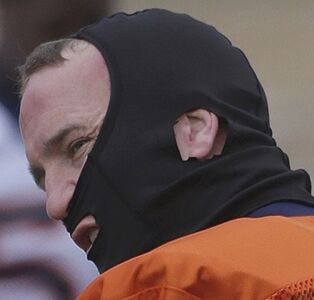 (Cut to a panning shot of the internet.) 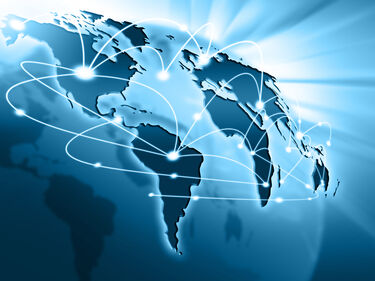 [Pointless Narrator]: "I'm told it was so full of...retards. Morons you only thought you could see in an insane asylum. 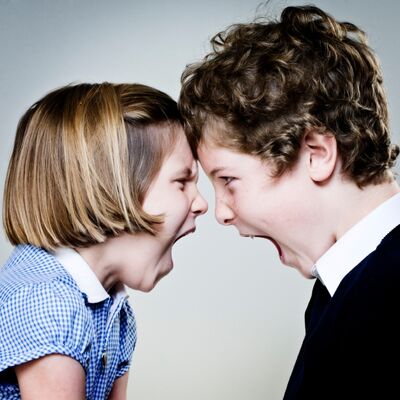 [Pointless Narrator]: "I'm told it was full of life...except for that one gorilla he got ded as fuck boi" 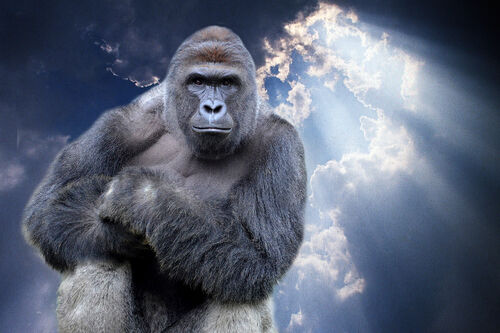 [Pointless Narrator]: Those who did make memes, made something special to humanity. It's said that "we" advanced through hundreds of thousand of memes...in such little time.

(Another aerial shot of the internet watching several shitposts pass back and forth.)

[Pointless Narrator]: "Memelords, they called them."

(Cut to shaky-cam shot of a mysterious-looking set of futuristic websites built upon a Reddit-like structure.)

(The Internet is shown glitching from space.)

[Pointless Narrator]: "All we knew...was to keep shitposting. There are no memes without life, no life without memes..."

(Cut back to the Internet, which is falling apart. The scene goes dark...)

(BAZINGA!!! A surge of memes is unleashed from the Deep Web, splitting most websites in half and crumbling the servers.)

(The music we never established as playing or not playing in the first place resumes while a part of the internet's landscape is seen caving into itself as a meme singularity is reached.)

(Brownish blotches of shitposting are glitching and being erased while the meme economy collapses and /r/me_irl begins downvoting posts, simultaneously increasing and decreasing the quality of memes. Blogs crumble like sand and hilly fields of home-grown memes tumble in a mess of shitposts, leaving craters of stupidity behind.)

[Pointless Narrator]: "I was told that the users of the internet lived up to the curse of shitposting about content but being too lazy to create any new content to shitpost about...that the cycle of shitposting was eating away at itself. And so it did."

(A timelapse shot shows the shitstained internet gradually dry up with once-dank memes becoming outdated fossils, while the waves of shitposting sliding across it becoming small, unfunny jokes.)

(Cut to black and silence.)

(A shaky first-person shot shows the viewer desperately clicking through the internet during its initial downfall, where a large website falls apart and leads to the demise of two others. Loud gusts of shitposts, memes, and drama are heard alongside a slowly increasing generic movie sound effect.)

[Pointless Narrator]: "I WAS TOLD THAT-"

(A loud airhorn cuts him off, followed by static and another cut to black.)

(Cut to a pitch-black silhouette of a destroyed website. An extremely distorted, static-filled recording whispering "/pol/ was right again" loops over and over again, fading away...)

A lanky yet muscular teenage male with slick, spiky red and black hair, spiked bracelets, black lipstick and eyeshadow, and an impressive inferiority complex wearing a black trenchcoat with the sleeves cut off, black jeans, and tall black boots is seen sitting along in the back of math class near the window, staring off into the distance as he was consumed by his usual angst.

[Edgelord]: (Thinking) "This school...all the people in it...they're all parasites. Pathetic parasites bred by other parasites to work and suffer for all their pitiful lives."

[Edgelord]: (Thinking) "These chicken wings...they remind me of my inevitable death and the suffering of this world. Pathetic."

The teenager picked up his Linkin Park-themed pencil and started sharpening it, making sure it would be sharp enough to stab someone later.

(Not that he was planning on actually stabbing someone; he'd get in trouble with his mom.)

[Edgelord]: (Thinking) "Fortunately, I can escape from the world by shitposting online constantly instead of doing something productive and then complaining when things don't go my way. This is a good plan."

We cut to the inside of a fairly regular house as the edgelord walks in the door, throwing his trenchcoat on the floor. He kneels down to pet his dog as his cat watches him with the standard look of disdain. His mom walks up to him, tapping her foot impatiently.

[Mom]: "Uriah Ravensloft! What did I tell you about leaving your edgy coat on the floor?"

[Uriah]: "Sorry, mom. I was just thinking about shitposting again."

[Mom]: "Didn't you say you were going to write a book instead of shitposting all day?"

[Uriah]: "I'm working on it! The next chapter will be done in a couple days!"

[Mom]: "You said that eight months ago!"

Uriah's mom rolled her eyes and grabbed his coat, hanging it up on the coat rack.

[Mom]: "Wash up for dinner. We're having KFC tonight."

[Uriah]: "Didn't you say you were making taco salad?"

[Mom]: "That was the plan, but Aunt Flo's being a real bitch this month and I don't feel like cooking. I assumed you'd be fine with fast food."

Uriah ran upstairs with his arms splayed out behind him, heading to the bathroom and washing his hands with special limited edition Linkin Park hand soap.

[Uriah]: "My life is so great/shitty. Surely nothing ironic could possibly happen to contradict that statement and make my life worse/better."

Something ironic quickly happened to contradict that statement, as Uriah's house suddenly exploded. Uriah pulled himself out of the wreckage unharmed using his status as the protagonist, finding his mom and pets waiting for him outside.

Uriah turned to look at the wreckage of his house, dramatically falling to his knees.

As soon as he finished talking, his mother was suddenly crushed under a piece of falling debris.

Right after that, his dog was put down by a gang of roving PETA activists.

Right after both of those things, his cat gave him the bird and hung itself.

We here at Mack 10 would just like to take a moment and give the audience a chance to recover from the shock and horror of this scene. We know we didn't actually put any effort into developing these characters to make their deaths properly impactful, but the fact that two of them are pets will make you sad about them dying anyways so fuck it. No actual heart or meaning needed. Dead pets equal instant sadness. Simple stuff here, people.

Anyways, back to your regularly scheduled bullshit!

After a couple seconds, Uriah sneezed and got up off the sidewalk, brushing off his pants before shrugging.

It was then that a bucket of KFC rolled out of the wreckage, hitting his leg and getting grease on his custom leather boots.

And then Uriah was a vampire.

Uriah bitch-slapped the thug he was confronting again, knocking him against the brick wall of the alleyway they were fighting in.

[Uriah]: "I'll only ask you this one more time: WHO EXPLODED MY HOUSE?!"

[Uriah]: (Pimp-slaps him again) "LIE TO ME ONE MORE TIME MOTHERFUCKER I DOUBLE-DOG DARE YOU."

[Thug]: "Alright, alright, I also try on the panties before I leave the houses! Are you happy?!"

[Uriah]: (Tosses him aside) "I'm never happy! Happiness is for chumps and writers who know how to make a story interesting instead of letting it devolve into a never-ending cycle of assholes you don't care about doing things you also don't care about!"

Uriah ripped out a chunk of a nearby brick wall and raised it over his head, aiming it at the thug.

Uriah lowered the chunk of wall he was holding, shooting the crook a skeptical glare.

We cut to a large dark room, empty save for a sinister man sitting in a sinister metal chair in the sinister darkness. Of sinisterness.

After a few moments, the room's door is suddenly ripped off by Uriah, who tosses it aside and marches into the room with an expression that indicated he was either really pissed or really constipated.

The man in the chair turned around to face Uriah, revealing...

[Uriah]: "You exploded my goddamn house!"

[Michael Bay]: "Of course I did! I needed wreckage to film Transformers 74 in!"

[Uriah]: "You bastard! What makes you think you can just blow up my house and get away with it?!"

[Michael Bay]: "The fact that I already have!"

[Michael Bay]: "What makes you so special anyways? Humans are just pathetic parasites that gorge themselves on media and entertainment to drive away the realization that they're utterly useless to the world! It's my job to make sure they have that media to thrive on! What makes you better than me?! What gives you the right to take away their delusion and expose them to reality?!"

[Uriah]: "I've exposed a lot of things to a lot of people tracking you down, and I'm not going to stop now!"

[Michael Bay]: "You think you're the good guy for doing that?! For making people live in the true man's world?! The hypocrisy of interdependence is in fact quite idyllic in its smugness! The reciprocity of blindness is almost asinine in its omniscience! The cleverness of mobility is philosophical in its codependency! Meaningless fancy-sounding words that try to artificially give this puddle-deep story basic artistic merit!"

Uriah jumped into the air and fired compressed jets of laser blood from his eyes.

And then Michael Bay exploded.

Uriah walked through the empty city streets, alone, as usual. He pulled down his sleeves to hide the scars of his internal struggle (he tried to fuck a vending machine once). Rain was pouring down upon him, accentuating his somber mood.

He stopped walking for a moment to stare up at the sky.

[Uriah]: "I always figured it would feel less...empty."

He sat down on the sidewalk, resting his head in his hands.

[Uriah]: "Is this my life now? Dealing with the actual realistic consequences of my actions instead of the overblown, melodramatic, edgy and/or deep events that nobody takes seriously anymore?"

Uriah's thoughts were interrupted by a pack of wolves suddenly overrunning the town and eating all the babies in an unnecessarily gruesome fashion.

Well everybody, I hoped you enjoyed the first episode of Edgelads! The next episode is coming out Soon©! Get hype! Nominate this for Featured Series of the Year! Like, comment, and subscribe!

Retrieved from "https://ben10fanfiction.fandom.com/wiki/Edgelads?oldid=753529"
Community content is available under CC-BY-SA unless otherwise noted.