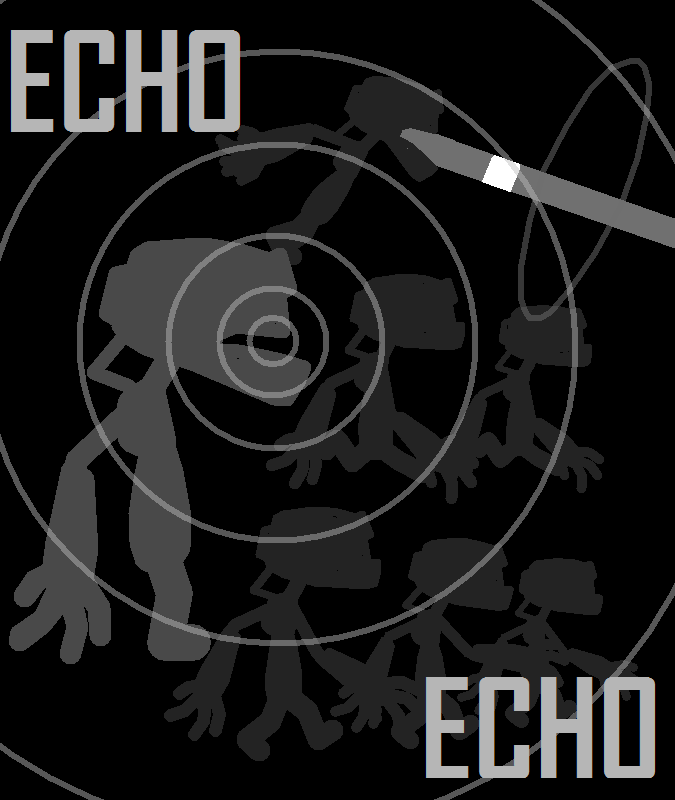 Echo Echo is a small white alien whose body is a living amplifier. One of the most noticeable features is a square appendage resembling an MP3 player behind his back with a port on it - decorated with a 10 symbol and what looks like cassette tapes on his lower legs. Echo Echo is made out of silicon. Echo Echo wears the Omnitrix/Ultimatrix symbol on his chest in Alien Force and Ultimate Alien.

In Omniverse, Echo Echo looks pretty much the same only his eyes are now line-like and now has two black stripes on both of his ear plugs. His legs are also a little bit more stubby and the green circle on his hand is now bigger, covering most part of his hand. The Omnitrix symbol is now located on his forehead. He is also shorter and has a hexagonal shape on his stomach. The tapes on his legs are now gone.

In Pivot, All about Echo Echo is the same exept he is only seen from the side, and he has a bigger mouth.

Retrieved from "https://ben10fanfiction.fandom.com/wiki/Echo_Echo_(Pivot)?oldid=728231"
Community content is available under CC-BY-SA unless otherwise noted.