Dynamite is the Infinity's DNA sample of an Sbootil from the planet Gargoabe in Bryce Bowman: Origins.

Dynamite is a small bug-like alien.

He is yellow in color with black eyes and green pupils.

He has four stick legs and a beak along with a big antenna.

Dynamite is about the size of a small dog.

A yellow exoskeleton builds over Bryce's arm, around the Infinity. The shell spreads up his arm and over his face, creating short, horn-like antennae on top of his head. He flips around, then Dynamite poses with his front legs in a karate stance.

In Under Wraps, Bryce accidentally transformed into Dynamite when fighting the Mummy. He succeeded when the Mummy was knocked out by the explosion of a plasma ball.

In Time Trouble, Dynamite briefly fought the Circus Freaks, before having to switch into Overflow.

In Monster of the Earth, Nemevoc as Dynamite was defeated by John Smith as Gravattack.

In Protoform, Dynamite was successfully warding off Esoterica before the Infinity ran out of battery.

In Back With a Vengeance (BBO), Dynamite fought Kevin and Vilgax before needing to use Aerosaur.

Dynamite can spit round, green, sticky balls of plasma, that absorb matter and explode upon impact, although it has been shown that Dynamite himself controls when the explosion happens.

The size of these balls depend on how much matter they absorb. Dynamite's plasma balls can be in more shapes than just spheres.

Dynamite can spew out plasma in a controllable stream to act like rope to tie up an enemy. His plasma balls have shown to not only absorb matter to enlarge, but can absorb energy too.

Dynamite has enhanced agility, being able to roll on his plasma balls and can climb on walls with ease.

Dynamite seems to be pretty strong for his size. 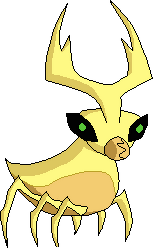 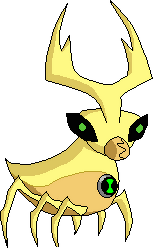