Death of Ben 10 is a series by Aaronbill3 that follows Ben Tennyson. It is set up in three acts, consisting of a varying number of chapters each. Each chapter is in turn divided into scenes. This series is written so that when stitched together, it forms the script for what would be a single movie. It is designed to be a spiritual successor to Ben 10: Omniverse, and takes place before Ben's galactic road trip. It takes place in Earth-1010.

Apollo, a Pyronite warlord in possession of a terrible weapon, seeks to set himself amongst the gods by conquering the Earth, and using it to give himself unimaginable power. Across all of the multiverse, it seems, he is beaten by that universe's Ben Tennyson, or parallel there of. In all universes Apollo fails... Except one... 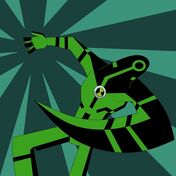 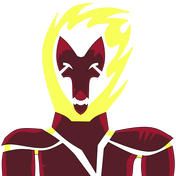