Clawnormous looks like a giant version of Ben 10,000's Wildmutt.

Although huge, a great amount of water can shock Clawnormous and also creates a fuzzy layer of hair that weakens his powers. Being in fire for too long can also stop him. He also can't talk. 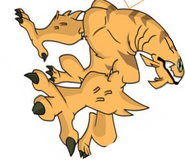 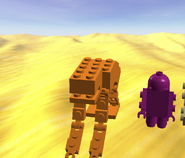 LEGO Clawnormous (by Omernoy121)
Add an image to this gallery

Retrieved from "https://ben10fanfiction.fandom.com/wiki/Clawnormous?oldid=687282"
Community content is available under CC-BY-SA unless otherwise noted.