Cisco 10: Vibeverse is the sequel to The Flash written by Sif, Toon, Mig, and whoever else dares to join him.

This series is cancelled (are you really surprised, it's something created by Sif, of course it'll be cancelled) because it's literally cringe. There's no other way about it. Thanks Toon.

Overview
A year after the events of Season 1 of The Flash, Treesus sends Cisco a little present: The Ciscotrix. Cisco forms a team to stop the ultimate threat: Dante.
Character List
Episode Guide
Fan List
Alright boys, you guys know what to do. If you're a fan of Cisco 10: Vibeverse, i mean if you aren't then you have no soul, then put your signature below! (~x4)
Gallery 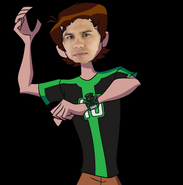 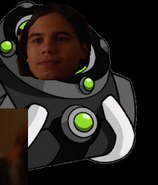 The Ciscotrix
Add an image to this gallery
Retrieved from "https://ben10fanfiction.fandom.com/wiki/Cisco_10:_Vibeverse?oldid=758963"
Community content is available under CC-BY-SA unless otherwise noted.