Physically, Chronians look like humans. When they grow older, their skin takes on a slight violet tint and their eyes become surrounded by strange brown marks.

Only male Chronians have been seen.

The Chronians were once a great race but their own misuse of their abilities trapped Chronia and themselves outside time and space, Eon was the only known Chronian to escape this. 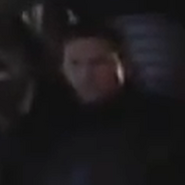 Chronians possess time manipulation powers, thus controlling time itself. They can fire energy blasts and produce energy spheres (for purposes such as offensive attacks or for activating Chronian technology). They can also teleport, leaving behind a purple residue. Chronians can freeze time, reverse it for certain individuals, or age other living things into a dessicated, zombie-like state "in the blink of an eye." Chronians can even use their powers to manipulate and control technology such as vehicles and clockwork gears.

The Chronian species is not available in orginal timeline

Retrieved from "https://ben10fanfiction.fandom.com/wiki/Chronian?oldid=727089"
Community content is available under CC-BY-SA unless otherwise noted.