Start a Wiki
This is the tenth episode of CaT Reviews!, this time featuring The Unitrix Earth, as requested by Aaronbill3!

The episode begins with three mercenaries meeting with a 'Doctor Albert', who insists they just call him 'A'. As a last name is not given, I will now proceed to refer to him as 'Dr. A. Hole' throughout this review, because I am immature.

This story takes place in a universe where everyone receives a special 'Unitrix' system on their 16th birthday, which allows them to transform into one alien each. These Unitrixes are not interchangeable, so whatever you get, you're stuck with for life.

At least, that's the usual idea.

See, Dr. A. Hole either invented or somehow knows about a Unitrix with multiple forms on it, but had to distribute it among normal Unitrixes to keep it hidden (however that worked), and wants to hire the mercenaries to find it and...well, they ask what he wants them to do with it, but he doesn't actually answer that question, so your guess is as good as mine.

He gives them a tracker and sends them on their way, commenting that he's been waiting 'nearly one hundred years for this'.

We cut to Bellwood, and see Kenny Tennyson (this universe's version of the canon Ken Tennyson) meeting up with the protagonist of the series, Ann Declanson. We get some exposition between the two that today is Ann's 16th birthday and that Kenny already has a Unitrix, his allowing him to turn into a Kinecelaran.

They're interrupted by the arrival of one of those jocks that are inexplicably popular despite nobody really liking them (this one is predictably named Brad), who asks Ann when her birthday party is. Apparently half their class is going to be there for whatever reason (Ann is implied to be popular, but we get no confirmation either way, so who knows what the deal is with that), and Brad and his gang are some of the people that RSVP'd. Ann answers him rather snappily, and he walks o-

Brad is described as being tall, broad-shouldered, having a buzz cut that makes the top of his hair look flat, and wearing a red jacket with white sleeves.

The next scene begins with Ann getting ready for her party and talking to her Mom about what kind of alien she'll get. After a bit, Ken arrives at her house, quickly followed by Brad and his friends, Double G and Blockhead (as no other names for these characters are given, I can only assume their parents simply hate them), and eventually everybody arrives in due fashion.

With everyone there, Ann's mother brings out the box containing Ann's Unitrix, which she excitedly opens. She puts on the Unitrix, activates it, and...turns into the alien equivalent of a giant turtle; more specifically, a Carapacian, whose only power is to hide in her shell.

This does not go over well.

All her classmates start making fun of her (because, as discussed in the Horizons review, people are terrible), and Double G gives us this zinger:

Now, to be perfectly fair, Double G, those mannequins can be pretty hardcore. 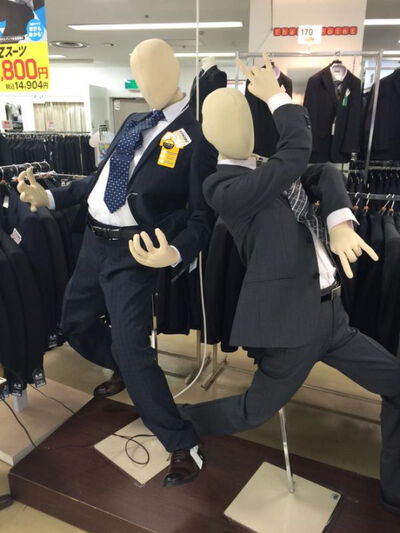 Point A and Point B.

Ann's father has everyone leave, while Ann laments the fact that her life is pretty much over, all thanks to being involuntarily stuck with a useless skill that she can't swap out for anything else no matter how poorly it impacts her life. 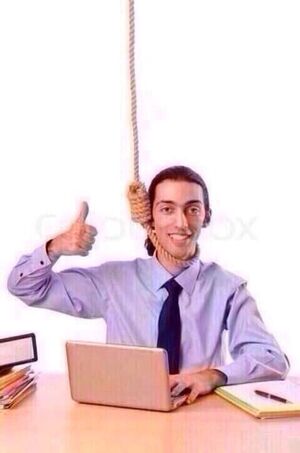 At school the next day, Ann is predictably upset, which is not helped by Brad's gang cornering her near the lockers. They each transform (Brad has a Biosovortian, Double G has a Loboan, and Blockhead obviously has a Segmentasapien) and start getting violent. Ann activates her Unitrix, figuring a crappy alien is better than no alien in this situation, but surprise! She transforms into a Tetramand instead!

This predictably scares off the three, who run past Kenny and a teacher as they arrive on the scene to see what's going on. After a brief talk, the teacher sends them off to class, and Kenny asks Ann what the hell is going on. She obviously has no idea, and the scene ends with the two entering their classroom.

As the school goes on lunch break, Ann and Kenny get surrounded by a crowd of students that heard about her switching aliens. Said crowd includes Brad, who apologizes for earlier, but Ann's not having any of it. She obliges the crowd by activating her Unitrix again, this time transforming into a Polar Manzardill. The crowd begins to move in closer with more questions, but Ann uses her frost breath to make them disperse. 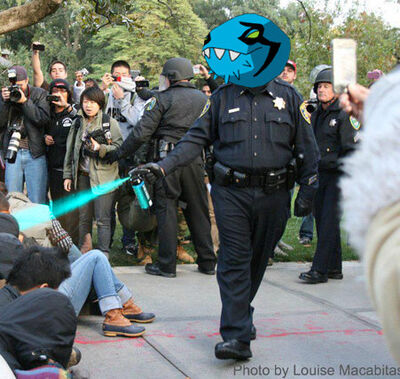 Ann tests out her powers some more, generally to the detriment of Kenny, and the scene ends with him gesturing to their favorite bench and saying they should sit down and try to figure this out.

We then get a short scene of the radar Dr. A. Hole gave to the bounty hunters activating, prompting them to set out towards Ann's location, which they will presumably never reach thanks to this line:

Ya might've wanted to put a 'seemingly' in there somewhere, because you're basically just stating that these three are stuck in a forest of infinity. 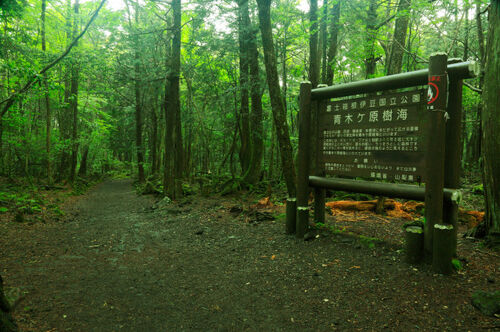 Unless the forest in question is Aokigahara, in which case there's a...different reason they might never leave.

In the next scene, the three mercenaries find Ann at school, and transform to attack her, becoming a Conductoid, a Crystalsapien, and a Vaxasaurian, respectively. Ann activates her Unitrix, this time transforming into an Ectonurite. She actually gets the upper hand fairly quickly, using her powers to phase through all their attacks and possessing them to fight each other, but things go south when the Unitrix times out, leaving her defenseless.

All of a sudden, a wild Brad and his gang appears, using their own powers to fight off the mercenaries and thereby joining the ranks of every anime villain that joined the heroes after being defeated ever.

Don't try to nitpick me by saying this isn't an anime, because it might as well be at this point.

Brad and his friends handily defeat the mercenaries as Ann's Unitrix recharges and she escapes the chaos as a Kinecelaran. Kenny runs over to the fight, getting there a bit too late, and asks Brad where Ann went. He obviously doesn't have any idea, and Kenny remarks that 'God only knows where she could have gone'.

The episode ends with a final shot of Ann in her Kinecelaran form racing through the desert and past a sign that says 'Los Soledad Military Base'. Let's just hope this is the parallel universe where the government uses walkie-talkies instead of guns.

Alright, let's start with the main character, Ann Declanson. She's a pretty unique protagonist so far, with an origin and motivations usually not seen...well, I'd say 'around the wiki', but it's pretty rare to find any fan-fiction about Ben 10 at all that's this original with its protagonist, so reading this was pretty refreshing. 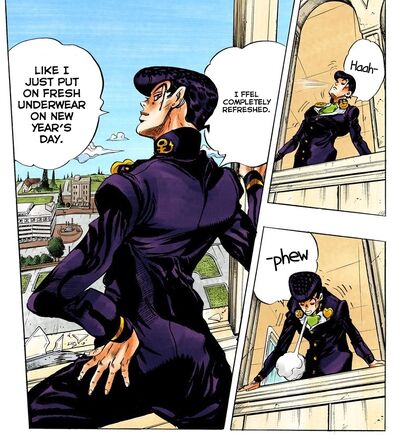 The other characters are all pretty well-written as well, though I'm not sure what to say about them, to be honest. I do, however, have to acknowledge that this is the only fanfic version of Kenny I've found interesting in the slightest, so tremendous props to this episode for that.

Welp, okay, time for the section where I almost always deduct points, and yep, time to deduct some points.

The writing is pretty decent, and a lot better than quite a few things I've reviewed in that you can always tell what's actually going on, it's not clunky, and it's not painful to read through. There is, however, a lot of dropped punctuation and missing capitalization, along with a couple questionable formatting choices.

Other than that, I have to say, this is probably the best grammar I've had on the show so far. Kudos.

One thing I do want to note is that certain aspects of the characters (such as Ann's popularity) are only explained on their pages, requiring extra reading beforehand if you want to understand everything properly, but it isn't that big of an issue.

A REVIEWED WORK WITH GOOD PACING

BEHOLD, YE MORTALS, AND FEAR THE MIGHT OF THE BEST WRITER I'VE EVER HAD ON THIS SHOW!

Do I really need to go on about this? Read the episode yourself if you don't believe me. Hell, even if you do believe me, go read it anyways, because it is unequivocally, amazingly, refreshingly, GOD DAMN GREAT!

Seriously Aaron, if you perfected the grammar on this series and patched up a couple of the missing plot details, future episodes could receive the ever-elusive 10/10 score no problem. It is that good.

And so, my final rating for this episode is my very first 9.0, The Golden Child!

Hey, look! A section I don't usually have!

Well, this doesn't have anything to do with the review itself, so it's usually not here. In this particular case, I just wanted to say a couple things.

This episode is the Season 1 finale of CaT Reviews!, and the next review won't be for a while. My MAXIMUM OVERDRIVE mode has inevitably killed me, and I am currently typing this from the afterlife waiting for my friends to gather the seven Dragonballs and resurrect me.

Season 2, while not being very different in structure, is going to have a different rating system that doesn't solely consist of arbitrary numbers I pulled off the top of my head. I'll explain more about it later, but it is different enough that I figured starting it off with a new season would be the best idea.

CaT Reviews! became the Featured Series of June, and I couldn't thank you all enough for that. I never expected this series to get so much positive feedback, and really never expected it to become as popular as it has. I'm glad you all like this show, and I hope you stick around for Season 2.

Thank you to everybody who's supported this series, and I wish you all an awesome day!

Retrieved from "https://ben10fanfiction.fandom.com/wiki/CaT_Reviews:_The_Unitrix_Earth!?oldid=687119"
Community content is available under CC-BY-SA unless otherwise noted.