This is the fourth episode of CaT Reviews!, this time featuring Ben 10: A Hero Reborn/Age of Aliens, as requested by StreetMaster.

The story this time is a general retelling of the original Ben 10 origin, with quite a few things changed. We open with Gwen Tennyson begging her parents to let her stay home instead of going on a weekend trip with 'him'. In what must be the first time I've ever seen parents say not to study, they tell her that she has to go, and her brother walks up, saying that 'he' is cool once you get to know him. 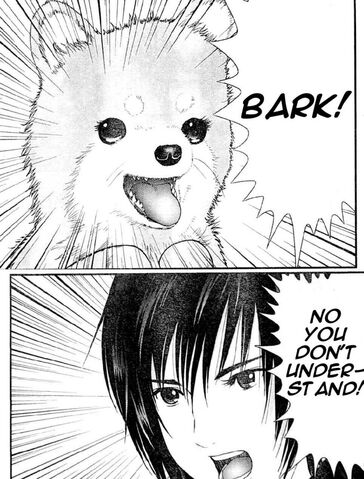 Her parents tell her to quit grumbling and that she and Ken are definitely going. Grandpa Max arrives to pick them up and greets everybody, with Gwen playing the pronoun game again and saying that she doesn't want to go with 'him'.

Gwen finally just says 'him' is Ben, and we cut to Ben's morning routine, which is being covered by Gwen's narrative description of him. During this time, this happens:

What, you mean, like...the whole thing? Bowl, spoon and all? 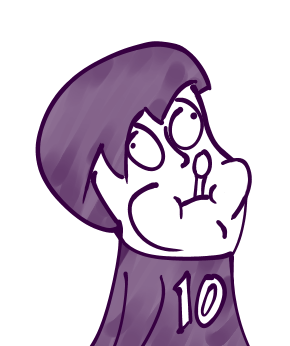 Anyways, after the title card, Ben gets picked up by Grandpa Max, and while he cannot fluently speak emoticon like the last main protagonist I talked about, he can apparently replace adjectives in the narrative with emoticons, which is debatably a far more dangerous ability.

They drive to a camping site Grandpa Max seems reluctant to visit for whatever reason, and he sends Ben off into the forest to grab some firewood while they set up camp, warning him not to go into the deep forest. Ben of course goes into the deep forest, specifically ignoring a sign designating them as such, and comes across a metal tree. In what I can only assume is a Gravity Falls reference, the tree opens, revealing the important artifact of the series, in this case the Omnimatrix. No, not the Omnitrix, the Omnimatrix, because shortening words is for suckahz.

The Omnimatrix jumps onto him, naturally, and in his attempts to pull it off, he accidentally transforms into Echo Echo. He screams and creates a sound explosion, which Gwen and Grandpa Max notice. Gwen has this to say:

First off, what's with the technobabble? She's just saying 'the sound is coming from a single point'. Second, that's not an implosion, it's an explosion. Third, she immediately jumps from sound explosion>sound grenade>invasion. That kind of reaching makes Lesser Dog's neck look conservative by comparison! 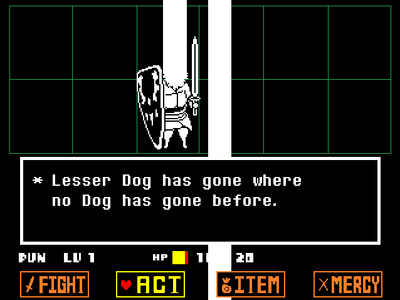 Grandpa Max says not to until they make sure and get Ben out of there, which, yeah, fair enough. He then proceeds to give Gwen an AK-47. Realizing the stupidity of this move, he slaps his head and remarks how stupid it is...but still lets her keep the deadly assault rifle. He then gives her a shield and the two go into the woods to find Ben.

Ben, meanwhile, is still trying to figure out what's going on. Gwen finds him, apparently sans AK-47, and says they should find Grandpa. Max arrives a few moments later, now wielding the AK-47 himself and aiming it at Ben. They quickly point out that the little white guy is indeed Ben, and the three head back to the campsite. Ben explains his story, and Grandpa Max identifies him as an alien and manages to turn him back into a human, then goes off to investigate the metal tree.

While investigating, he gets a call about a drug deal from the police department he works for, and instead of doing the sensible thing of telling the kids to stay put at the campsite and calling their parents real quick to come pick them up, he instead decides to bring them along with him. I can't see any possible way for this to go wrong!

So he arrives at the drug deal, kids in tow, where a man named Destroido and his 'Angels of Death' are meeting with the Westwoods Mafia. Max jumps out before the deal can go through, brandishing a gun and telling all of them that they're under arrest. To reiterate, a single fifty-something man is telling a crapton of hardened, roided-out criminals that they're all under arrest.

Despite the overwhelming probability of success, one of the dealers wants to run for it anyway, but is stopped by Destroido, who injects himself with some of the drug and hulks out, crushing one of Max's bullets right before it hits him. Oh, and the drug itself? It's called 'Blood of the Reaper'. I'd harp on this as being a silly name, but considering that there's a real drug that apparently goes by the name of 'China Cat', this is surprisingly realistic.

Ben turns into Chromastone and goes out to help, beating up a bunch of goons before Destroido pops up and smacks him, shattering part of his shoulder. Grandpa Max blows up some more goons with a bottle of petrol, and Ben handily beats Destroido with Chromastone's lasers.

Destroido later wakes up, the drug having worn off, and instead of taking him in like any responsible police officer, Grandpa Max not only decides to use him to track down the people with the rest of the dangerous drug, he also places the dangerous criminal right next to his grandson in the RV.

Despite this incredibly stupid move, Destroido apparently works on the honor system and decides not to grab Ben as a hostage, leading them to the place where the 'Angels of Death' have their base. They walk in, only to immediately encounter a giant red robot with flaming eyes. Considering Max's current track record, he will presumably send Ben in to fight it alone with nothing but a pool noodle.

After a recap, the second part begins with Max actually semi-thinking for once and telling everybody to run. Destroido actually steps in to help (for some reason), futilely trying to punch the robot and getting knocked away, while a bunch of roided-up Angels of Death arrive on the scene to make things worse.

Destroido roids himself up and starts fighting them, while Ben transforms into Ball Weevil to fight the robot. Both of them defeat their respective enemies, and Destroido takes the chance to run off while still roided-up. Max lets him go for some reason and says that they need to find the drug manufacturers. As it turns out, Destroido conveniently dropped his oPhone for them to use. How exactly a phone designed to send smells instead of texts or calls is going to help them, I don't know, but apparently they think it's going to be useful.

Max somehow manages to sniff out (pun intended) where the drug HQ is from the oPhone and goes there...and still brings along the kids?! Come on, man, this isn't even time-sensitive, why not just call in actual backup?! Terrible grandparenting skills aside, they go to the drug HQ and use the oPhone to infiltrate the inner areas. After doing some fighting and stuff, they come across Psyphon, who is leading the whole operation.

Psyphon attacks Ben, who gives the thumbs up regardless and tells Grandpa Max and Gwen to leave and let him do his thing. Gwen opposes this idea, but Max drags her away anyways.

Ben transforms using the newly-shortened Omnitrix (because consistent naming is for suckahz), turning into Bloxx and battling Psyphon, beating him and sending the entire operation crashing down. Outside, Gwen and Max are worried about this, but Ben pulls himself out of the wreckage just fine. They ask what happened to Psyphon, Ben saying that he escaped.

Anyways, Max says, yes, they are going home, but next weekend, he's going to take them out to track down Destroido. You know, like a responsible adult!

The characters here are actually pretty good for the most part. They interact fairly naturally, and while they don't act exactly like their canon counterparts, they really aren't supposed to, so props anyways.

The only two I really take issue with are Destroido and Max. Destroido seems waaaay too willing to help out the cop that just arrested him for whatever reason, though that could just be chalked up to him being, you know, high as a kite. 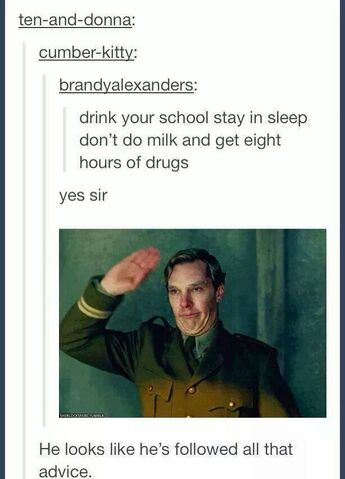 Max, on the other hand, seems to make a habit out of reckless child endangerment and not calling for backup. In real life, he would've been kicked off whatever force he's in a while ago, but all this is apparently just fine in the world of the story.

The writing is actually pretty solid, pulling off a few neat narrative tricks here and there. It's kind of subpar in certain areas, and there are a few grammatical errors, but nothing too distracting.

Ben 10: A Hero Reborn/Age of Aliens isn't bad, but nothing too spectacular either. It's a decent re-imagining of the Ben 10 universe, but it does get weighed down by an occasionally nonsensical plot and the lack of much to really draw the reader in. It's not much to write home about, but I don't think I really wasted my time reading it.

And so, this series gets my final rating of Utterly Passable, 6/10.

Retrieved from "https://ben10fanfiction.fandom.com/wiki/CaT_Reviews:_Ben_10:_A_Hero_Reborn?oldid=726858"
Community content is available under CC-BY-SA unless otherwise noted.