This is the eleventh episode of CaT Reviews!, this time featuring Albedo 10: Omniverse, as requested by Brywarrior!

Welcome to Season 2 of CaT Reviews! I was planning on holding off on this until either Mack 10 or Horizons came out with enough episodes for me to finally review them, but that won't be happening until late 2017 at best, so fuck it.

Anyways, Season 2 will be introducing a new ratings system to keep things a lot more fair. Most of my previous ratings were generally pulled out of my ass, so this time, I'm going to be using an actual system to grade these. Here's how it works:

Each review is divided into three major subsections: Story, Characters, and Writing. Each of these sections will be graded as they finish, on a scale that goes from zero (ew) to three (great). During my "Conclusions" section, the scores for each separate category will be added up into the final score, with a maximum possible 9/10. To receive a 10/10, a reviewed piece must be almost literally flawless, so don't expect to see too many of those.

Anyways, with that out of the way, let's get to the actual review!

Our story begins with a twenty-something Albedo fighting a mech sent by Vilgax. After destroying it, we cut to a flashback scene that instantaneously establishes this as an alternate timeline from the canon series, since in this timeline, Albedo apparently always had a red color scheme and is also Azmuth's son.

Vilgax is in orbit of what is presumably Galvan Prime, apparently demanding 15 billion "Taedens" (apparently "Taydens" is also spelled differently in this timeline) from the Galvan or else he will invade the planet.

In Hot Stretch, Ben bought a bottle of water for 1 Tayden. Given that bottled water costs about a dollar on average, we can safely say that 1 Tayden is roughly equivalent to 1 dollar. Given that information, we can thus conclude that 15 Billion Taydens = 15 Billion Dollars. 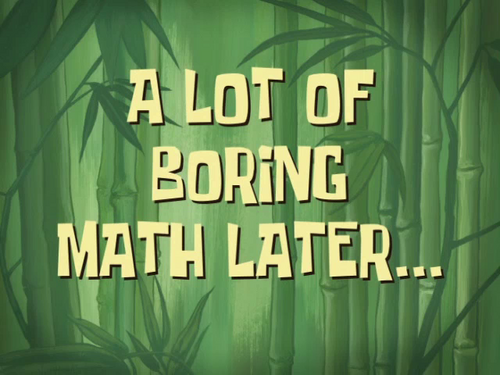 15 billion dollars sounds like a lot, but considering that Volkswagen (a single company, mind you) had to pay up that amount of money over "Dieselgate" earlier this year and were able to do so without going under, I think the Galvans would have more than enough money to pay up.

Or maybe a "Taeden" has a different value than a "Tayden" I don't friggin know.

The flashback ends with Azmuth telling Albedo that he needs him to fight Vilgax, and we cut back to present day Albedo living in an apartment in the middle of Bellwood. He goes out onto his balcony and happens to spot a meteor that is actually a spacecraft shaped like a meteor (because meteors are well-known for their smooth aerodynamic design) falling towards Earth. He tries to stop it with Jetray, to no avail, and the meteor ship crash-lands on the ground, with Vilgax exiting the it and engaging Albedo in combat.

Interspersed with the fighting are flashbacks to when Albedo first fought Vilgax, where he beats him with Storm Beast, his version of Way Big. In the present, Albedo manages to defeat Vilgax with Storm Beast again, and the episode ends with another flashback to the Galvan cheering for Albedo saving them from the horrible fate of coughing up some cash. 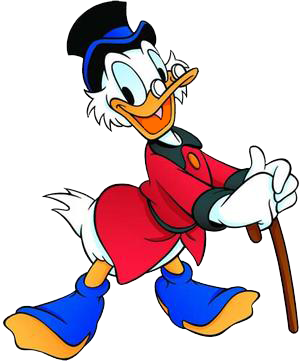 The second episode begins with Dr. Animo finishing an invention that basically makes him Kamen Rider TheBee. While I sort of understand the idea behind this, I personally always associated Dr. Animo more with a character from a different tokusatsu that also had the "giant versions of things" gimmick going on. 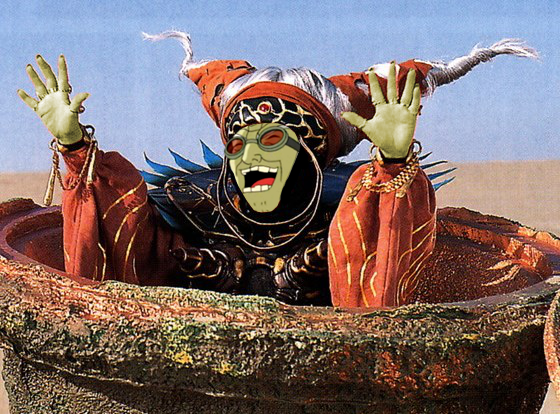 You are now imagining Dr. Animo with traffic cone boobs.

We cut to Albedo walking the streets of Bellwood and talking to a fan of his for a few minutes. Animo, now going by the moniker of "Stinger", tries to destroy the courthouse as revenge for being put in jail unjustly, but is stopped by Albedo as Shocksquatch and flies away. He upgrades his suit a bit and flies back to fight Albedo again, who pulls up the Ultimatrix and transforms into... 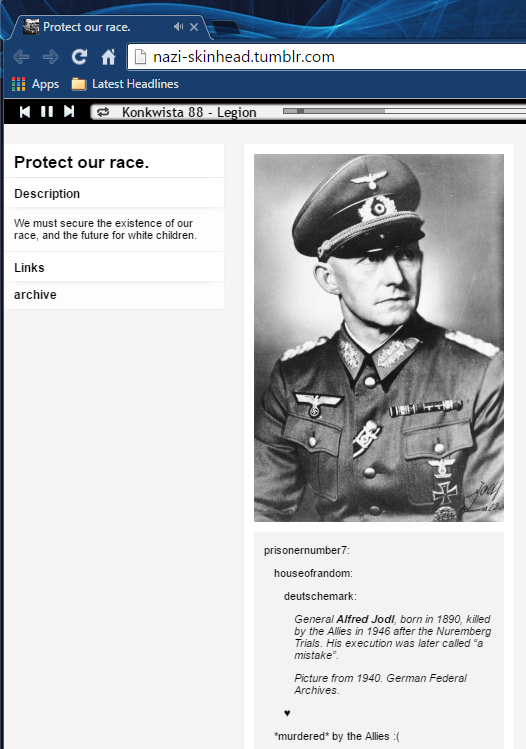 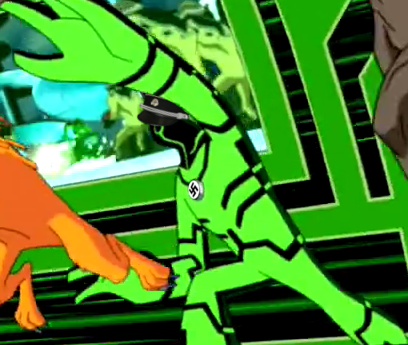 Upgrade and Animo fight, with Upgrade winning by possessing Animo's armor and breaking it. He's about to take him in when all of a sudden Animo mutates into a giant bug creature.

No, yeah, that's probably how that works.

Albedo fights Animo-now "The Wasp"-as Heatblast, who does fairly well until he gets stabbed by one of The Wasp's stingers. Albedo detransforms, pissed off that Animo tried to straight-up murder him, and uses Humungousaur to thoroughly mop the floor with his ass. Albedo detransforms and walks home as The Wasp is arrested.

The next episode begins with The Wasp being put into the Null Void, swearing that he'll find a way out. We then cut to a scene where Albedo beats Sunder, who is there for no explained reason, and catching him in webbing, then just kinda leaving the area. Nothing about this fight comes up later in the episode.

Yeah, that scene was probably necessary. 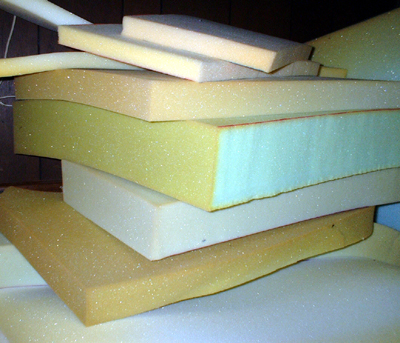 We cut back to the Null Void, where The Wasp comes across the Amalgam Kids (Manny, Helen, Pierce, and "A Skinny Pyronite" as they're named in this scene) and teams up with them, stating that he figured a way out of the Null Void

We never see exactly what this way is, although it apparently involves a cargo ship for some reason. What makes this all the more confusing is the question of why exactly the episode devoted time to a useless fight scene when it could've explained how the hell they got out of the Null Void.

Anyways, a portal to the Null Void opens up in downtown Bellwood, prompting Albedo to investigate. A cargo ship comes barrelling out of the portal, and out of the ship steps Manny, closely followed by Pierce, Helen, and African American boy.

Yes, instead of getting a name at this point like everyone else, Alan is designated as African American Boy.

Not helping your situation here, Bry.

Wait, no, he gets introduced by name a few sentences later.

I'm watching you, Brywarrior and/or Dakota.

With the help of the teenagers, The Wasp manages to defeat Albedo and capture him, taking him to his old laboratory. The Wasp and the Amalgam Kids have a bit of a disagreement on what to do from there, and Pierce points out that The Wasps's mutation is unstable, making his mind deteriorate. The Wasp attacks him over this statement, more or less proving his point, and the kids leave.

We cut to a flashback of Albedo and Azmuth talking about how Animo was the first human to ever successfully create a chimera-type fusion of two animals. 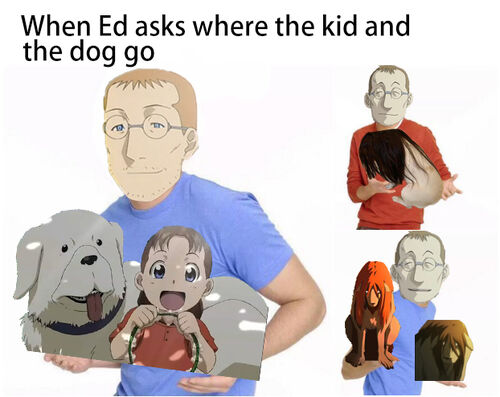 Well, I don't know if he's necessarily the first...

Back in modern times, Albedo wakes up and uses Grey Matter to investigate and escape the lab. He then tracks down the Amalgam kids as XLR8, forming an alliance with them to help take down The Wasp.

And then the series ends.

Yep. Just straight up dies on a cliffhanger.

Alright, this story is kinda...eh. There's not much to keep you invested if I'm being honest. The backstory is unclear unless you read the series' plot description, and while I'm not exactly the clear backstory master, I'd like to think I at least show people the general premise of what the hell is going on in-series.

There seemed to be a story arc around The Wasp being set up during episodes 2 and 3, but nothing ever really came of it since the series done diddly died, so I can't really say much about that either. Overall, this section gets a 1.2 out of 3.

There's not really any way to skirt around this.

Albedo is written just like every other Ben clone ever made, and while it's slightly more justified here because Albedo, his canon personality was pretty blatantly different from Ben's. Here he's just generic hero man #5,672.

The rest of the characters are okay, I guess. The Amalgam kids don't get all that much dialogue, but they seem relatively in-character. Animo's personality here is basically just "crazy science guy", but it's not like he was really developed beyond that in canon either, so eh, whatcha gonna do?

How many times can I repeat the same criticisms without sounding like a broken record? A lot of stories here share the same major problems with writing, and this one is no exception. The writing isn't atrocious by any means, but it certainly feels a bit broken and awkward, with some scenes just sort of happening because reasons. In addition to the generic grammar and syntax issues, it just doesn't really draw me in. It's generic is as generic does.

Albedo 10: Omniverse is a somewhat confusing series that wastes a potentially interesting premise by just being generic as all hell. You won't come out dumber or anything if you read it, but you won't really enjoy yourself either. It's just kinda...there.

Adding up the scores for each previous section, Albedo 10: Omniverse's final score is 4.1/10, Like Eating Packing Peanuts and Potatoes.

Retrieved from "https://ben10fanfiction.fandom.com/wiki/CaT_Reviews:_Albedo_10:_Omniverse!?oldid=771715"
Community content is available under CC-BY-SA unless otherwise noted.