It's come to my attention that, well, I've been getting better at drawing humans, and there are almost as many human characters that need pictures as there are alien characters. With that in mind, welcome, one and all, to CaT's Human Art Shop! All humans, all the time, because I already have an Alien Art Shop!

NOTICE: Due to recent events, the rules of this service have been updated. Please read through them before placing an order.

Now, there are obviously going to be some differences between this and my alien art shop, mainly due to differences in work time. Humans are going to take longer than aliens to draw for several reasons, the main thing being the need for construction sketches to maintain proper(ish) proportions.

To place requests, you need to leave a comment in the section down below, detailing your character's:

If that seems like a lot, don't worry! You don't necessarily have to list everything, but just be warned, whatever you leave blank or insufficiently specified will be left up to my imagination.

Note that since my style is evolving at a relatively fast rate at the moment, requests done before you place your order may not accurately reflect the final result of your request.

Scott for The Awesome Jack (November 2015) 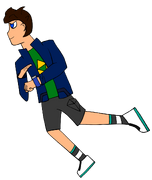 Juno Wright for Thaxander12
Add an image to this gallery

By requesting a picture, you thereby agree to all below terms and conditions, which may be changed at any time by ChromastoneandTabby.

If you break any of the rules, you will be banned, and all future requests will be turned down. No exceptions.

Retrieved from "https://ben10fanfiction.fandom.com/wiki/CaT%27s_Human_Art_Shop?oldid=763752"
Community content is available under CC-BY-SA unless otherwise noted.