Hello, everybody! Well, I asked and you answered, so, by popular demand, here's CaT's Cool Character Guide, here to help you make better characters! Without any further ado, let's get started!

To start out, we need to ask ourselves one very important thing:

What Is A Character?

Now, you might be thinking, ' Silly CaT, I know what a character is! It's one of those people in movies and stuff! Why is this section even here? What are you, stupid? '

Calm down there, guys. There's a bit more to it than that.

To be concise, a character is a person, place, or thing in fiction that demonstrates some level of thought and autonomy.

For example, I'll give you two examples of a person, place, or thing, and you can choose which of them would be a proper 'character'. Is the character A). A rock, or B). A platypus?

If you chose A). A rock, you have been watching too much Steven Universe and should probably interact with some real-life rocks.

So, what would make the platypus a character and the rock not? Well, the platypus, as you should know, is a living thing, and does all sorts of things related to that. The rock, on the other hand, is not, and just kinda sits there.

Now, that's not saying rocks can't be characters (again, Steven Universe), but if you want to use one as a character, you need to establish a different set of rules for rocks in your universe that makes them able to actually do things. If you're just using real-world logic, that rock ain't going nowhere.

At any rate, for the purpose of this guide, I'll be referring to characters under the assumption of said characters being higher-functioning lifeforms like humans and what not. Just be aware that there are, indeed, a wealth of animal and even inorganic characters out there as well.

Because literally nothing in the plot would get done without them. Of course, there are plenty of books out there without characters. They're called non-fiction, and unless it's a history book, there's not going to be much of a plot anyways.

Why Have Good Characters?

And here's the golden question of this segment. Why do you need good characters in a story? Couldn't you just have events happen around some flat protagonist that doesn't have anything interesting about them at all?

Well, you could, but good luck getting anybody to read that.

As I said, the point of having characters is to move and create the plot. If you don't have good characters, your plot is almost guaranteed to fall flat on its face. Like I've said in my Alien Guide, there is no such thing as an original idea, and if you don't bring something good to the table, there is literally no reason for anyone to care about it.

How Do I Write Good Characters?

That's what the rest of this guide is about! Let's move on!

For our first lesson, let's create an example character! I'll walk you through three main stages of character design, which I have designated The Good, The Bad, and The Ugly. I'll be going into the details of each section later, but since this is The Basics, I'll just give you the outlines for now.

So, starting off, you have an endless world of possibilities in front of you! Now, how do we get those possibilities organized into a single idea?

Well, your first step should be deciding a role for your character. This will be the basis for pretty much everything else to follow. For the sake of this exercise, let's say we're making a main character.

You second step should be to give your character an identity. What's their backstory, their motivations? What are they doing and why are they doing it? What is their personality like? What sort of powers do they have? What do they look like? Essentially, who are they? For this exercise, our character is Ben's long-lost cousin, Zen 10, who looks exactly like Ben and found the Super-Duper Omnitrix when he was seven. His parents are dead, and he fights off alien threats to the Earth while seeking out who killed his parents to finally gain peace!

Yeah, as the more experienced writers among you can tell, this is where The Good ends, and we switch to...

First off, let's have another look at the character we just made.

Just bear with me here, I can explain.

Fortunately, we have computers!

Gone are the days where you'd have to waste mounds of paper writing and rewriting just to think of something good! Now you can just pull up Notepad to...well, take notes!

So, after you have your first draft, go and take another look at it before throwing it into your story. It's probably not very good. Thankfully, you can just rewrite it as much as you want, tweaking it until you get the ideal character.

Now, let's try this out for our character up there. Instead of our first, cliched description, we can use the magic of hindsight to make it good!

Zen Tennyson is Ben's not long-lost cousin who we've never really heard about because he hasn't ever really been important. However, one day, Zen gains the powers of the Omnitrix through a freak accident, and must now deal with both the shadow of his famous cousin and the attacks from villains trying to take his powers for their own.

Okay, it ain't exactly Shakespeare, but it's a lot more toned-down and tolerable than our original idea. So, after all that, what could possibly be left?

Now comes the hard part, and probably the hardest work of all:

Writing the story around the character and vice-versa.

' But CaT! ' You may say. ' I thought this was supposed to be a character guide, not a writing guide! What are you even doing?! '

Sorry if this comes across as a cop-out, but for details about actually writing the story itself, check out my actual Writing Guide to figure out what to do.

Anyways, now that that's all out of the way, let's move on to the details.

So, now what? You know the basic outline of making a good character, you've got a pretty good grip on why you need to make multiple drafts, what else is there?

Right, so a couple things I didn't mention in 'The Good' section of the last segment include: 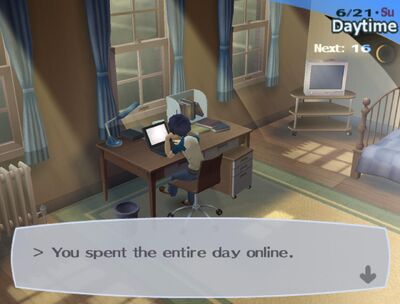 If your character isn't relatable, you're pretty much guaranteed that nobody's going to care about them. To make a character relatable, you need to ground them in some sort of reality similar to our own. They can go off on all sorts of weird adventures, but you need them to feel like an actual person while doing so. Try and think about how you or someone you know would react during whatever situation they're in, and keep that in mind as you're writing for them.

As I've said in my writing guide, conflict is pretty much the entire point of any story. Without a conflcit, there isn't really any plot to have your characters move along, so they're basically just standing there being bored.

A commonly shared sentiment among writers is that you're basically just thinking up people to make them suffer, and that's sort of accurate, to be honest. If your character has nothing bad happen to them, or even a chance of anything bad happening to them, there's very little chance your audience will care about their well-being, mainly because you're establishing that their well-being is going to be fine! This applies to pretty much any character ever, including children and the like, so there's really no way around it.

(Going back to Steven Universe for an example, that kid collects traumatic experiences like I collect Pokemon.)

This here is the stuff you're going to want to avoid, and I can sum it all up in one archetype: the Mary Sue.

Yes, the Mary Sue has made many a writer collapse in fear of falling to its power. I've talked about Mary Sues in great length before , so for now, I'll just give you a rundown of what makes these things so terrible.

A Mary Sue defies pretty much everything we've set up about interesting characters. They're too powerful to ever be in any actual danger, everybody loves them, the universe bends to their whims, and they're often either perfect little saints that could try out for being the next Messiah, or edgy jerks that nobody should have any reason to admire, yet everyone in-story ends up liking them anyway. Or disproportionately hating them, if they're part of some whiny teenager's 'anti-authoritarian' phase.

You may have noticed that there's a common theme to all this: no conflict. (Or, in the case of the latter, all conflict, but we'll get to that in a minute.) Since the Mary Sue can never fall victim to any inner demons or outer demons, they instantly become unrelatable, making them horribly boring.

Now, as for the other end of the MS spectrum, you have the edgy-edges. These guys aren't relatable because they force conflict into places it either doesn't or shouldn't exist. In real life, we call these people 'YouTube Commenters', and let's face it, nobody likes those guys. I know I sure wouldn't read a story about them, and I doubt you would either.

Well, that's about all I got. Questions? Comments? Stick them all down in the comments section below, and I'll get to them ASAP.

Have any ideas for the next guide I should make? Stick those in the comments too, and I'll see what I can do!

Retrieved from "https://ben10fanfiction.fandom.com/wiki/CaT%27s_Cool_Character_Guide!?oldid=899046"
Community content is available under CC-BY-SA unless otherwise noted.