Brandon 10 Comics is an animated comic book series for the series, Brandon 10.

Brandon 10 Comics is a series of comics that follow adventures with Brandon and his friends in an animated and visual experiences as they face off against villains such as The Conqueror.

Brandon attempts to prove what it means to be a hero.

Brandon gets trapped in different alien forms at a party.

An alien virus uses Brandon's Lab against him.

The Duo search a forest for readings but what secrets lie within?

The Creator sends an girl android to spy on Brandon and Coco but can he handle the truth?

Brandon sets out to prove that he saw a lake monster

The Conqueror attempts to defeat Brandon with multiple versions of himself

Brandon enters his Go-Kart in the Annual Derby but who is he racing against?

Brandon and the team must stop an invasion of aliens from taking over the town.

Aliens retreat to Earth and Brandon must find out why before they get noticed.

Amy asks Brandon to watch Sparky but what adventures await them?

A Telepathic Alien threatens to control the world's inanimate objects.

A group of alien believers sort out to prove the legend of a man-alien.

The team must fight off a group of Zonarains but what do they want?

An alien creature hides out in the sewers and the team must find out why.

Coco faces off against the Extreme Bikers in a dangerous drag race.

The team and Brandon runs into a crime fighter called Night Watcher.

Due to non-adjustment to the new team, an alien overlord attempts to take over the Earth. 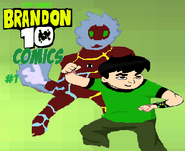 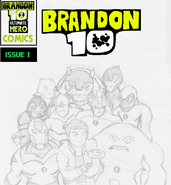