Blyzzard is the Infinity's DNA sample of a Kaldaströndrr from Snjófjöll in Bryce Bowman: Origins.

Blyzzard is a tall yeti-like alien. He is covered in light-blue fur. His arms reach down to his knees, and his legs are very short.

His eyes are orange.

A ball of energy travels along a multicolored tunnel, then explodes into white light. The Infinity glows as white fur grows out of Bowman's follicles. The fur travels to his chest, which then expands. His arms elongate as his legs shrink, and dark, blue-grey coloring appears on some of his chest, arms, legs. Blyzzard stands with his arms outstretched to the sides, in a dynamic pose.

In Revelations: Part One, Blyzzard was used to help Bowman defeat the Director's army of soldiers.

The only power he has shown is the ability to project a cold blast of air from his mouth. this seems to be similar to Big Chill's ice breath, but more powerful and it uses the air instead of actually using ice. He has enhanced strength and durability, due to his yeti-like body. 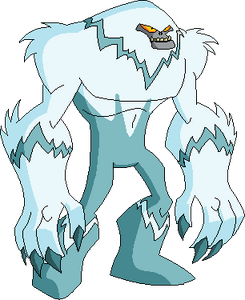 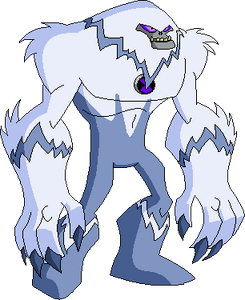 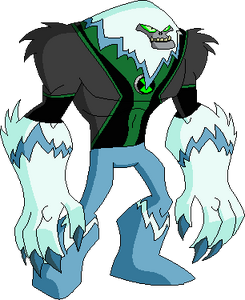 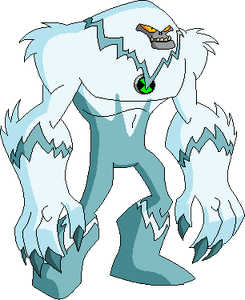