Bill Tennyson is a character in the series, Brandon 10.

In Alien Force, Bill takes the appearance of an average Human however at an old age. He wears a long red jacket and a black T-Shirt.

In Ultimate Hero, Bill's appearance does not change majorly from his Alien Force appearance.

Bill doesn't have any alien powers or special abilities but he is advanced in combat, weapons and technology

Bill in Conquest of the Conqueror Part 1 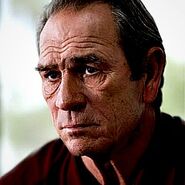 Bill in Brandon 10: Aliens Among Us
Add an image to this gallery
Retrieved from "https://ben10fanfiction.fandom.com/wiki/Bill_Tennyson?oldid=726233"
Community content is available under CC-BY-SA unless otherwise noted.