Use this page to nominate and vote for the featured Character, which will be listed on the home page. Use the button below to nominate a character.

First, refer to the contents table to see the available nominees. They will be listed underneath "Previous Winners (Monthly)". 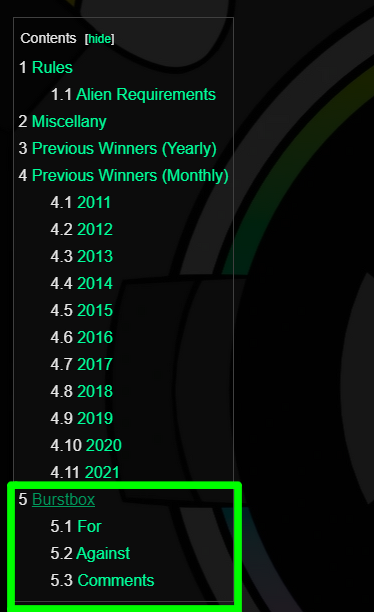 Click on the name of the nominee you want to view, and you will be taken to their section on the page. If you are using a platform that does not display the contents table, you can also view the nominees simply by scrolling down the page.

Once you've viewed the nominees, you can now begin voting. The three headings relevant to voting are "For", "Against", and "Comments".

To vote For or Against the nominee, click the link next to the relevant heading labeled "edit source". This will take you to a page with a hashtag underneath the word "For" or "Against".

Type three tildes (the '~' symbol on your keyboard) in a row next to the hashtag and then click the word "Save" on the bottom right of the screen. 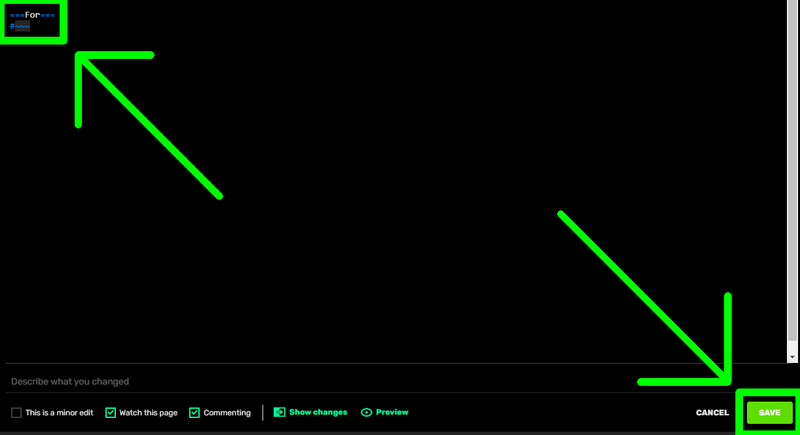 Tip: If you're having a hard time reading the text in this image, click or tap on the image to view it at a larger size.

If someone has already typed something next to the hashtag, press the "Enter" or "Return" key on your keyboard to create a new line underneath the existing hashtag. After that, simply add a new hashtag to the start of the line and then type three tildes and save as normal.

After this, your vote will show up on the page as either your signature (which you can set in your Preferences) or simply your username.

If you want to leave a comment about the nominee, simply click the "edit source" link next to the "Comments" heading and follow the above steps. Before saving, type what you want to say about the nominee between the asterisk (the '*' symbol on your keyboard) and the tildes. After this, whatever you typed will show up on the page as a signed comment. 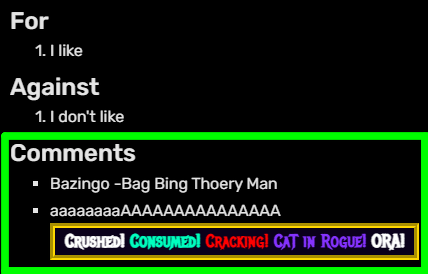 What it will look like after saving the page.