Echo Echo is a Sonorosian from the planet Sonorosia. In Ben 10: Negative Rising, he has a Nemetrix predator named Ampliscreech.

Echo Echo is a small, white alien whose body is a living amplifier. He is actually living sonic waves contained in a suit made of silicon. One of his most noticeable features is a square appendage resembling an MP3 player behind his back with a port on it - decorated with a 10 symbol and what looks like cassette tapes on his lower legs. His voice originally sounded very high-pitched and tinny, but became slightly lower.

In Omniverse, Echo Echo's eyes are now more line-like, and he now has two black stripes on both of his ear plugs. His legs are also a little bit more stubby, and the green circle on his hand is now bigger, covering most of his hand. He is also shorter and has a hexagonal shape on his stomach. The tapes on his legs are now gone. His voice sounds more robotic now, and it echoes more, as if he is speaking through a portable microphone.

In Ben 10: Protector of the Omniverse, he looks like his Omniverse appearance but with his Alien Force/Ultimate Alien eyes, his legs are less stubby and his Infinimatrix symbol is on his chest.

In Ben 10: Heroics Unleashed, he looks like his Alien Force/Ultimate Alien appearance, but he wears black cuffs on his arms and black pants.

In Ben 10: Ultimate Omniverse, he has his Omniverse appearance, but his Omnitrix symbol is on his chest, and his headphones don't have black lines on them.

In Ben 10: The Omniwars, he has his Alien Force/Ultimate Alien appearance, but with stripes going down his headphones. His legs are somewhat skinnier. The Omnimatrix IV symbol is on his chest. Negative Echo Echo has cords that extend from his arms, his eyes are red, and he is taller. Kenny as Echo Echo has his Omniverse appearance, but with the Omnitrix on his lower stomach.

In Ben 10 - Infinity, his appearance has changed drastically. He retains his square head, but with circular eyes with two blue triangles coming from the top and bottom. He has a dome on his head with two wire coming from it, attaching to the omnitrix symbol, with two more going from there to his back. His hands are more similar to his ultimate form but with only a thumb, with a circle ontop with small lines going to the sides, down, and up to the head.

In Kenn 10: Omnistorm Echo Echo appears as both his Omnicerse appearance (for Ben's transformation,) and for Kennedy's own the trix is blue/gold themed, eyes are blue and all green parts are a blue colour just as The Omnitrix is.

In Legion Of Ultimate Superheroes, he has his Alien Force/Ultimate Alien appearance.

Echo Echo can scream at audible to ultrasonic frequencies capable of overloading machinery and stopping projectiles in mid-flight.

Echo Echo has the ability to duplicate himself, like Ditto, but different in that the clones aren't linked in any way, allowing entire groups to be knocked out without harming the rest and he can clone himself much faster than Ditto can.

By combining these two aspects, Echo Echo can create a "Wall of Sound", where Echo Echos can redirect projectiles back to their source by bouncing them off of strategically placed Echo Echos.

Echo Echo can create an "Echo Chamber", where Echo Echos attack from all directions and keep screaming until the target is knocked out or defeated.

Echo Echo can detect vibrations in the ground.

Using his sonic screams, Echo Echo can use echolocation, as seen in Alone Together.

Echo Echo can channel vibrations to enhance his screams, as seen in Undercover.

Echo Echo can transmit sound waves through speakers (such as phones), as seen in Grounded.

It has been shown that Echo Echo can use his sonic screams to create a forcefield.

Echo Echo is quite agile, shown from his ability to jump quite high.

Echo Echo seems to have more strength than his size suggests, as he can kick off the trunk door from Ben's car with one foot and Echo Echo is able to throw (about a meter) a Plumber Ship with nine Echo Echos in Prisoner Number 775 is Missing.

Echo Echo is revealed to be immune to sound based attacks in John Smith 10, due to his headphones.

Echo Echo has a fragile body which can be destroyed easily in battle, as shown when Ultimate Kevin destroyed several Echo Echos with Jetray's neuroshock blasts.

He has his Alien Force/Ultimate Alien appearance but has his Omniverse ears. He reappears in Prom of Power to stop a crazed group of fans. He cameos in Target: Rath to go ultimate. He is used by all three Bens in Heroes Divided, Good Ben goes Ultimate.

He is Swampfire's best friend.

He now has his UAF look but he wears a light green shirt and black shorts.He still has a square head.

Spongebob 10:Adventures of the Epictrix

Echo Echo is an upcoming alien in Tomas 10. He will appear in an episode of Season 6.

Echo Echo is the second alien Ty ever turns into and is one of the first 12 aliens in his Infinitrix playlist.

He first appears in Infinitrix, part 1.

Echo Echo looks like he does in AF/UA but he wears a fully green jump suit (Like Grey Matter's). He first appeared in Off to Collage wear he stoped Sixsix and Sevenseven from destroying Ben's classroom.

Echo Echo has a bigger chest, darker shade of green eyes, a shiny black body and its mouth and green spots are blood red.

Echo Echo was unlocked after scanning the villain Sonogram.

By Ahmad in John's body

Echo Echo first appears with Ripjaws, after the fusion alien Echojaws is split.

Echo Echo is a member of Jane's original 10.

It is said to appear in this form

Echo Echo does not wear the Omnitrix. He first appeared in Change of Plans where he was used to defeat Esoterica.

He appears in the Cannonbolt Fest special, and duplicates himself in order to have a backup. He also appeares in Part 5 of BTNE: Invasion, to escape capture.

None yet, but it is set to appear in "Love can be Hypnotic".

In Kenn 10: Omnistorm Kennedy has yet to unlock Echo Echo. 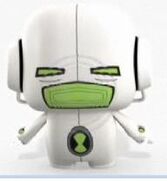 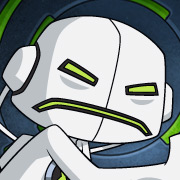 Echo Echo facing against an alien in Party Time

Adam As Screamer Cloner in Adam 10: The Rising Of The Heroes 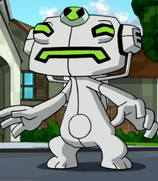 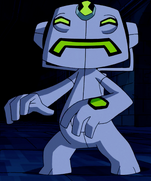 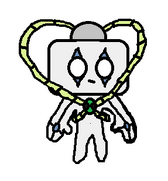 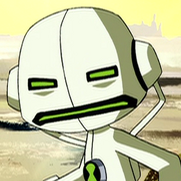 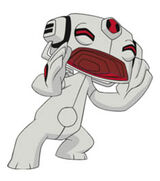 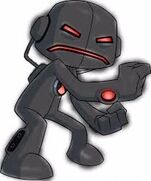 Echo Echo as he appears in Bryce Bowman: Origins
Add an image to this gallery
Retrieved from "https://ben10fanfiction.fandom.com/wiki/Ben_10_Fan_Fiction_Wiki:Archive/Echo_Echo?oldid=702985"
Community content is available under CC-BY-SA unless otherwise noted.