Ben 10 Fan Fiction Wiki, more commonly known by its shorthand, BTFF, is a wiki where anyone can write fan fiction about anything related to Ben 10 and view the fan fiction of others. As of today we have 28,206 pages and counting!

Starting out may be difficult. You may ask some questions such as "Where do I begin?" or "What do I do?" Fear not! We have a little something called the Ultimate Guide to a New User, which is a giant guide to everything you need to know about the wiki!

What is "canon", you ask? Canon is official information or material created by those in charge of the real Ben 10 franchise. For canon information, please visit our sister wiki:

Whether you're here to read or create, the most important thing to do is make sure you have fun!

Our wiki has various events that happen at different times during the year. These events range from special conventions to promote our content to festivals created to celebrate an alien from canon. Check them out!

Blogs made by users about ideas that the people may want to share with an audience. The popularity of blogs depend on how recent it is and the number of comments it has.

Ello! It's been a while since the last time I've posted a blog post or even been actively... active on the wiki. But in a brief summary, I'm doing well and I'm actually excited to try to get back into the swing of things. I've slowly been working to get back to writing over the past month or so and that's mostly been to prepare for this very moment.

Yes, the time has finally come: It is my 10th anniversary on Ben 10 Fan Fiction!

These are blogs made by admins that usually announce upcoming wiki events or changes to wiki policies.


Welcome one and all to the signups blog for Spring Fanon Con 2021! Spring is fast approaching, so let's kick it off right!

Welcome, one and all, to the fourth day of the 2020 Winter Fanon Con! I'm your host, CaT, bringing you the results for the Art Contest! The theme this time around was "Delicate", so let's see how our contestants did!

Alright, I get what you were going for here with crystals being delicate and what not, but I don't think you picked a very good scene for it; when I think "delicate", I don't usually think "giant laser cannon destroying a p…

As of July 1, 2013, you'll need to register an account to edit. You need to be 13 years old or over, though; this isn't our rule, it is United States federal law that Wikia, the wiki farm company that hosts this site, is forced to comply with. For more information on the policy, see here.

Another policy we include on this wiki prohibits any stolen material. To use anything created by another person, you must first gain their permission. If you do not abide by these rules, in some cases you may be eligible of being sued, as within the laws of copyright. To see more about the federal regulations of copyright, go to this link.

All wikis on Wikia are forced to include ads. For registered users, these are only on our main page. For unregistered users, these are on every page, top and bottom, top-of-sidebar, and in the background. We have no control over the content of these ads nor over where they are and whether they're there or not. Thus we encourage you to register an account] if you're 13 or over.

Our wiki Spotlights at the bottom and in the far-top banner are also out of our control and can't be hidden. These are nominated by users of those sites on Community Central, and we cannot control what wikis appear on ours.

We are a 100% fan-run site and are not affiliated in any way with Man of Action or Cartoon Network. All content here, except for a few pages, are fan-created and are not meant to be taken seriously. Assumptions that we claim this to be canon are completely on you.

We have various resources to help new users get settled and comfortable on our wiki. If you ever have any trouble with something, feel free to ask a fellow wiki member for help!

Our Featured Pages for January

Our Featured Pages for 2021


Acid Trip is an alien created by Ulti. He is the Antitrix's DNA sample of a mutant Polymorph/Ekoplektoid hybrid, being able to split into up to five clones and losing his reliance on an anti-gravity projector. He has the ability to generate acidic slime and manipulate existing acids at will, along with being able to shapeshift and change his own density at will.

Tech Cross is a series created by CaT that serves as an anniversary season celebrating the 10th year of the Tech 10 franchise and is planned to be the last entry in said franchise, as well as CaT's last series on the wiki. It follows Teresa Challice, AKA "Tech", as her life becomes intertwined with a grand-scale conspiracy created by a mysterious AI known as Oberon OS, forcing her to face her past and present trauma in order to save those around her.

Teresa Challice is the protagonist of the series Tech Cross. A meek, timid soul with years of trauma weighing on her back, Teresa has dedicated herself to saving others with a complete disregard for her own life. She has a violent, calculating side that emerges when she sees someone she loves being hurt, but in spite of its usefulness for resolving dangerous situations, she despises this side of herself, seeing it as an inheritance of her mother's abusive rage.

Trial X Fire is the 6th episode of Tech Cross. Mentally broken from the events of the previous episode, Teresa is nonetheless forced into action by Oberon OS's raising of the dead to commit mass murder. Resigning herself to die in the fight, Teresa instead finds herself being supported by a roster of unexpected allies.
Community Creations

Ben 10 Continuations
Ben 10: Road Trip
A series by Aaron that follows Ben Tennyson during his Galactic Road Trip.
Multiverse vs. Tennyson
A series by WTB that exists to create a finale for the Ben 10 franchise's canon continuity.

OC-Based
Tech Cross
A series by CaT about a teenager named Teresa Challice who is saved during a suicide attempt by a mysterious device calling itself the CrossTrix.

Please follow the individual rules of these services when using them. 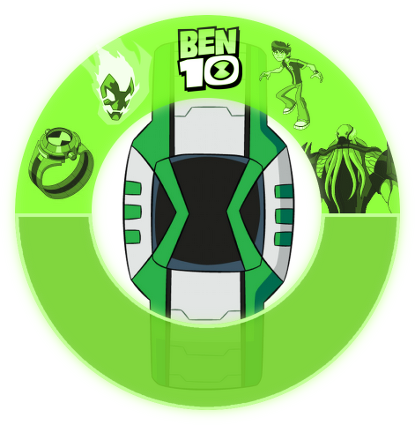 Retrieved from "https://ben10fanfiction.fandom.com/wiki/Ben_10_Fan_Fiction?oldid=923356"
Community content is available under CC-BY-SA unless otherwise noted.