Ben 10,000 Rises is a series formerly by by Solo and Ancy, but has been taken over by Lego.

In the year 2022, Ben is now a 26 year old man. Still actively fighting crime, Ben has put on the Ultimatrix once again, after realizing that he needs the Ultimate forms. The Ultimatrix has now grown, resembling the Omnitrix the original Ben 10K has, but with the Ultimatrix's colors and patterns. Ben finds that he's unlocking much more new aliens, and now that he changed his look and the Ultimatrix has taken a new form, it seems that Ben is finally becoming Ben 10,000. However, Ben is still in denial of the title, but when Ben has to deal with all the problems Ben 10K mentioned in "Ben 10,000 Returns", it seems that Ben is finally becoming a true hero. 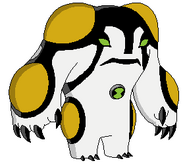 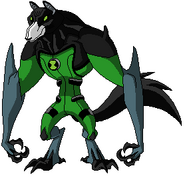 Note: You can find character art on each character's own page.

If you're a fan, put your signature here!