Bax 10: When Omnitrixs Collides is a series by Master DA taking place after the events of Ben 10: Omniverse.

A new team of heroes much like Ben comes from another multiverse Earth-107 to find his enemy that is much like Vilgax but different. He searches for Ben 10 in hoping of working together to fight his greatest enemy.

Shawn finds a dimension rip in space only to find King Ucrona going through to find the original Ben Tennyson and destroy his planet Earth in hoping to get rid of Baxter. Baxter couldn't let that happen so he and friends went through the rip following him to Ben's Earth. Ben finds Baxter at his Earth as Baxter explains what is going on and hoping they can work together to stop him from destroying this Earth and conquering the dimension.

After the defeat of King Ucrona Baxter and Ben went to celebrate of their victory. Ucrona gets rebuilt by his wife and plots for their revenge and it was only a matter of time before his plot becomes a success.

With the final battle under way Baxter and Ben have learned a new power they never knew they had. They learned the power of Omnitrix Fusion or Omni-Fusion for short. They can fuse their Omnitrixes with two different aliens and become one making them the ulitmate hero and taking the fight to Ucrona. 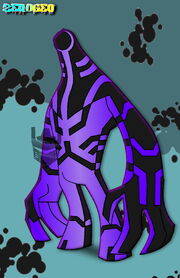 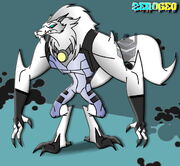 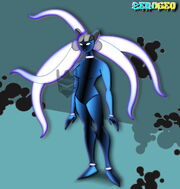 Baxatrix
Add an image to this gallery

Retrieved from "https://ben10fanfiction.fandom.com/wiki/Bax_10:_When_Omnitrixes_Collides?oldid=796555"
Community content is available under CC-BY-SA unless otherwise noted.