Armodrillo is part of a bio-mechanical species of armadillo-like creatures with cybernetic enhancements which improve all their natural abilities. When born, they are almost entirely biological, but the nanites in their blood begin slowly building up their cybernetics. Since Bryce is 18 when he first uses Armodrillo, he appears somewhat in between the mechanical and biological. A fully grown Talpaedan will appear entirely robotic.

His fleshy skin is greenish-grey, while his armored pieces are more blue-grey.

He has a large torso, short legs, and very long arms that reach the ground.

Armodrillo has a gray tail and jackhammer parts on his elbows, wrists and hands.

Despite the mechanical appearance, all of these aspects are in fact biological and natural to his race.

Armadrillo has two dark grey triangles on his torso that make an hourglass symbol.

His small, blue eyes peak out from behind his face armor.

Silver armor plating runs down Bowman's arm, covering it completely. The armor forms over his hand, then four sharp fingers jut out of it. The armor covers Bowman's face in the shape of a helmet. Two blue eyes glow through the holes in the helmet. He spins, and a silver bolt bursts from each of his elbows. Armodrillo slams his left fist into the ground as the scene is engulfed in green light.

Armodrillo was unlocked by Azmuth in The Darkest Night: Part One, in order to help Bryce defeat Death Dragon.

In Sarcophagus, Armodrillo was selected by Cortana for Bowman to lift the Sarcophagus, but he was then used to eliminate a Chorus Rebel named Sharkface.

Armodrillo can create destructive earthquakes by placing his hands on the ground and pumping the jackhammer pistons on his elbows.

Armodrillo is able to create fissures in the ground.

Armodrillo can turn his hands into drills.

Using his jackhammer arms, he can create shock waves and can launch objects he is holding, or send a shockwave out as an attack.

Electricity can stop him from moving and can even knock him out. 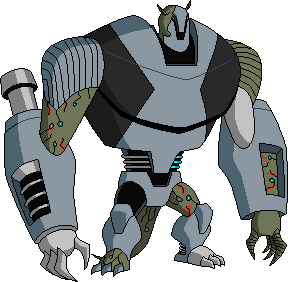 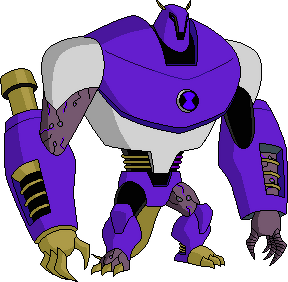 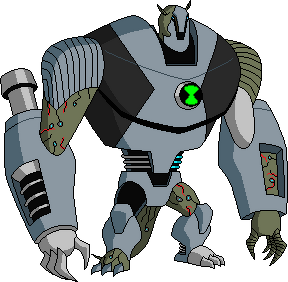