Amperi is an alien species which AmpFibian derived from and live in the Andromada Galaxy.

Amperi are jellyfish-like creatures. They have four tentacle like arms, two eyes, and no mouth, ears, or nose. They also have two legs. They have 3 hood-looking parts that make up their head and torso, with the upper most being the head, and the lower two being the torso. They are blue in color, with a white pattern covering their entire body. They have electrokinetic powers and are aquatic (a clue that the planet they come from is aquatic), but can still survive out of water, like a jellyfish. Amperi originate from the Andromeda Galaxy.

If Amperi try to shoot electricity while getting in water, they will shock themselves as well. They must be all the way under before they can safely emit electricity. 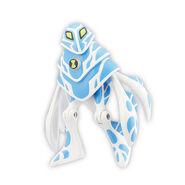 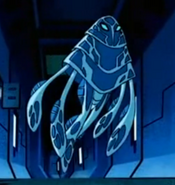 Upto, an Amperi from Shade 10: Evolutions 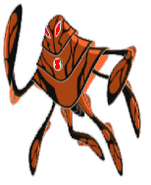 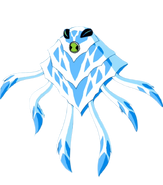 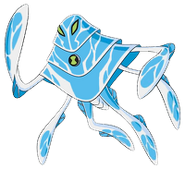 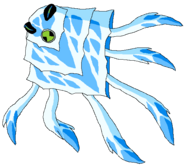 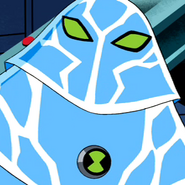 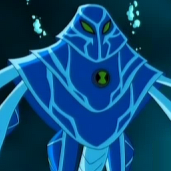 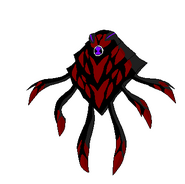 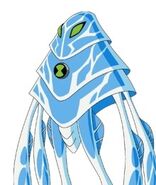