Start a Wiki
All☆Star Cosmic is a unique form of All☆Star that appears in Project Deca.

When Theo and Nova fused into Technova while Theo was under the effects of the Hybrider Belt, the StarTrix's core underwent a similar fusion process using the first form in its DNA Card slots as a base, unintentionally creating All☆Star Cosmic.

In addition All☆Star's standard abilities, All☆Star Cosmic has the power to access the abilities of any alien in the StarTrix. Known abilities accessed include: 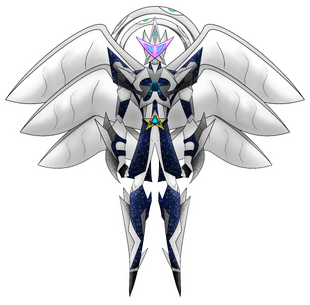 All Star Cosmic Verse 2.png
Add an image to this gallery

All☆Star Cosmic cannot access the powers of any aliens not currently in the StarTrix or Star Driver Gauntlet, essentially limiting them to 14 extra abilities at a time unless fused with an alien from Swarm 2.

Retrieved from "https://ben10fanfiction.fandom.com/wiki/All%E2%98%86Star_Cosmic?oldid=864672"
Community content is available under CC-BY-SA unless otherwise noted.