Age of the Unitrix is a series by Aaronbill3 that follows the character Ann Declanson. It is supposed to have 4 seasons, and it was created on 04/09/2016 along with the release of the pilot episode.

Age of the Unitrix was also July 2016's featured series!

In a world where the mysterious Forever Organisation has managed to create and mass produce a device known as the Unitrix, everyone on Earth can now transform into a single alien.

This series follows Ann Declanson as she receives her own unitrix for the first time, but soon realises that it is so much more than she could have ever imagined. However such power does not come freely, and could attract the attention of powerful enemies... 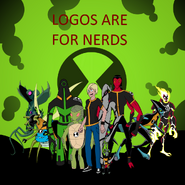 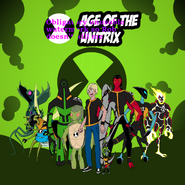 Second version of the poster, featuring a fake logo made by CaT 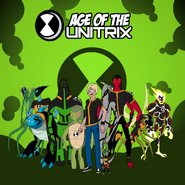 Third version of the poster, featuring the final logo made by Rob

Age of the Unitrix Logo, made by Rob

Start a Discussion Discussions about Age of the Unitrix