Absorbo is an Eagro from Shokkasteelea, and one of Evan's aliens in Evan Billion. It will also appear in Sem 2.10.

If touching water while using electricity, Absorbo will get shocked. If turning invisible and touching water, he will become visible again. Also, powers absorbed go away in four minutes if not used. 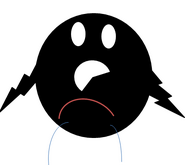 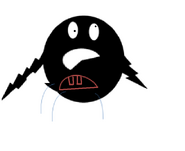